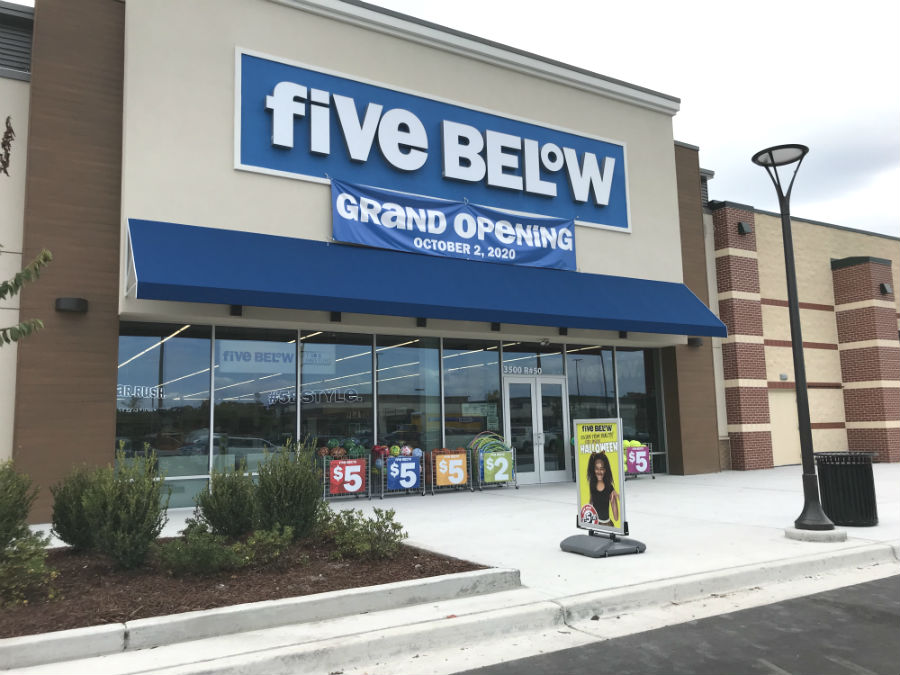 Five Below at Wilmington's Independence Mall is celebrating its grand opening on Friday, Oct. 2. (Photo by Cece Nunn)
It's a place where, for $5, a shopper can get a Spalding basketball or a T-shirt that says, "I know, I know I'm awesome. Let's not make a big deal about it."

Five Below is a trendy discount retailer that offers much of its merchandise for $1 to $5 to $10, and it's one of the first stores to open in the exterior-facing, redeveloped portion of Independence Mall in Wilmington. 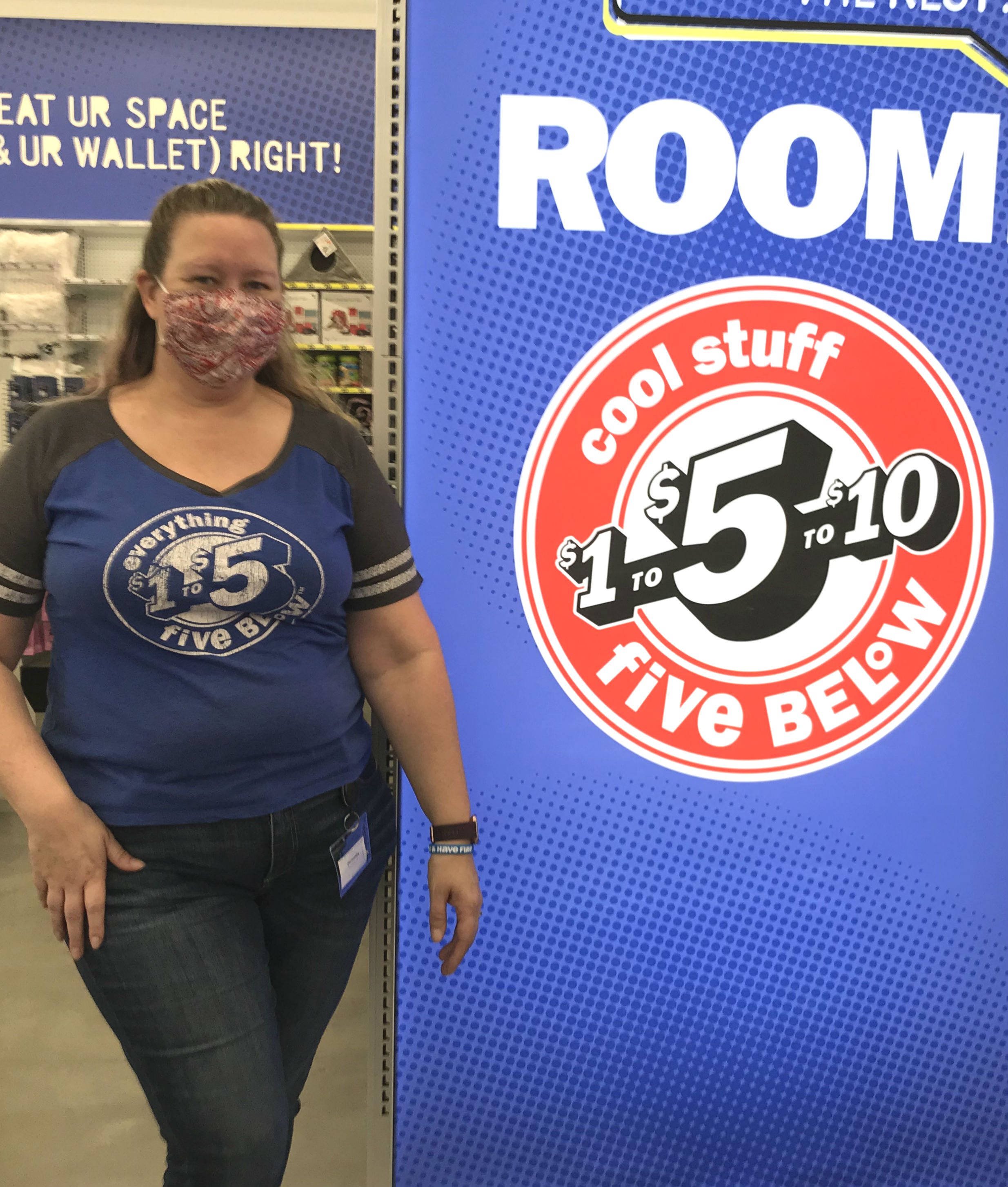 Glover, manager of the Wilmington store, on Monday. But, she said, there are also items for people of all ages, including cell phone accessories and electronics.

Glover (pictured at right) added, "We just opened [Sunday] and we've probably seen double what we had in here yesterday."

LaTorya Starks and her husband, Jeremiah Starks, of Leland shopped Monday afternoon with their three children in the store, which is a first for Wilmington.

LaTorya Starks said, "Every time we go to an area that has a Five Below, we stop. It's kind of like a playground for them [the kids] and the products are good quality."

Independence Mall has been undergoing a multi-million-dollar transformation on the outside, with the Sears and Sears wing being replaced by exterior-facing stores that include a Lidl grocery store, Ulta Beauty, Five Below and Dick's Sporting Goods.

Dick's is in the process of hiring employees for the Independence Mall store and is expected to hold a grand opening celebration Oct. 17-18.

Glover said Wilmington's Five Below employs about 30 people. The grand opening for the mall's Five Below is scheduled for 10 a.m. Friday, she said.