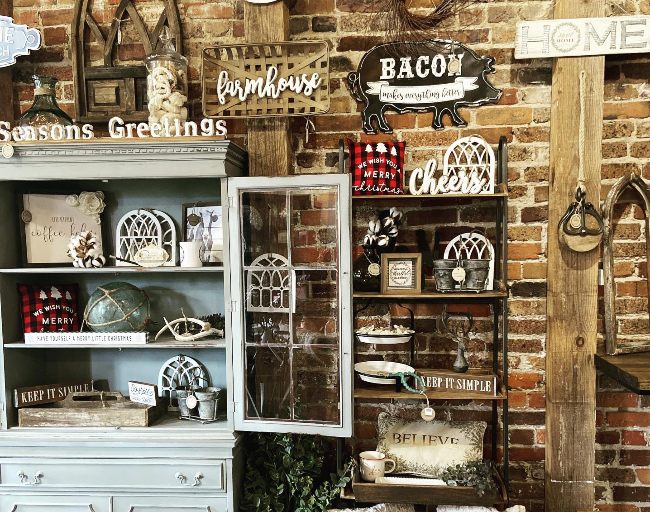 The new tenant for the collection of shops in historic structures in downtown Wilmington is The Coastal Farmhouse Home Decor, 364 Nutt St.

The owners are Jennifer and Glenn Parker, who both served in the Air Force and moved to the Port City from Tennessee.

"We were walking through it [The Cotton Exchange] and just saw the look was a pleasing aesthetic for farmhouse style," including the center's lighting, exposed brick and wooden beams, Jennifer Parker said Tuesday of why the couple chose the Wilmington space.

Glenn Parker also purchased Cheeky Monkey Coffee Co in the Old Wilmington City Market, also in downtown Wilmington with entrances on South Front and Water streets.  He's moving the business to space in the market that has an entrance on South Front Street, Jennifer Parker said.

"He was attracted to it because they roast their own beans in-house," she said. "He's going to bring the roaster in the store up front and have more space for people to watch that."