Some Stores Begin To Open Despite Road Hazards 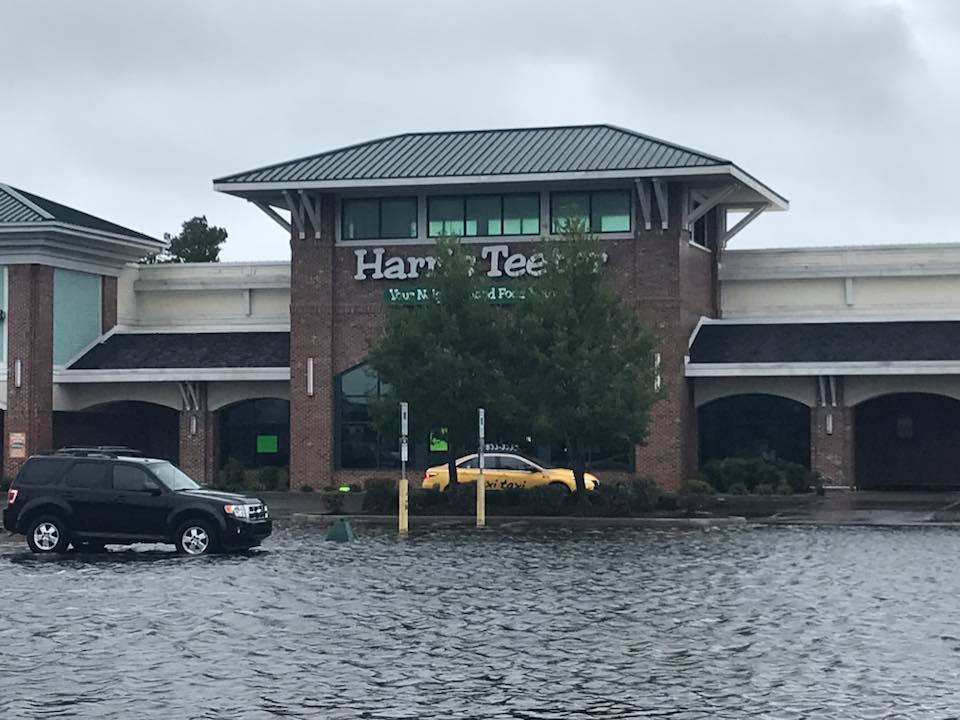 The Harris Teeter at Hanover Center on Oleander Drive was closed Saturday, but other Harris Teeter grocery stores in Wilmington opened at 10 a.m. (Photo by Cece Nunn)
Hundreds of people were flocking to Wilmington Harris Teeter stores on Saturday searching for open locations, despite hazardous driving conditions and warnings from officials, including Gov. Roy Cooper, to stay off roads as a result of what is now Tropical Storm Florence.

"We always want to make sure that we are giving our communities access to food and medicine. We know that that is as important as ever especially during times of uncertainty when issues like this arise," said Danna Robinson, spokeswoman for Harris Teeter.

She said Harris Teeter mobilizes its resources and has plans in place as a result, with safety as a top concern.

"Our plan is to reopen stores quickly but as quickly and as safely as possible," Robinson said.

The parking lot was quickly filling with supply seekers at the Harris Teeter on South College Road near the University of North Carolina Wilmington on Saturday morning.

Meanwhile, the parking lot at the Hanover Center Harris Teeter was quickly becoming a lake of rippling water. A sign on the window there, as well as Harris Teeter's website, said the South College Road and Porters Neck Harris Teeter, at Oak Landing shopping center, would be opening at 10 a.m.

Publix officials plan to open their two Wilmington-area stores, one on South College Road and the other in Ogden, on Monday.

Even as drivers were headed to the South College Road Harris Teeter store on Saturday morning, radio stations were broadcasting numerous warnings from state officials reminding them about the dangers of driving through standing water and their "Don't Drown, Turn Around" policy.

Among other examples, The Waffle House at 5309 S. College Road in Monkey Junction was open and filled with diners Saturday. The restaurant was expected to stay open until curfew, an employee said.