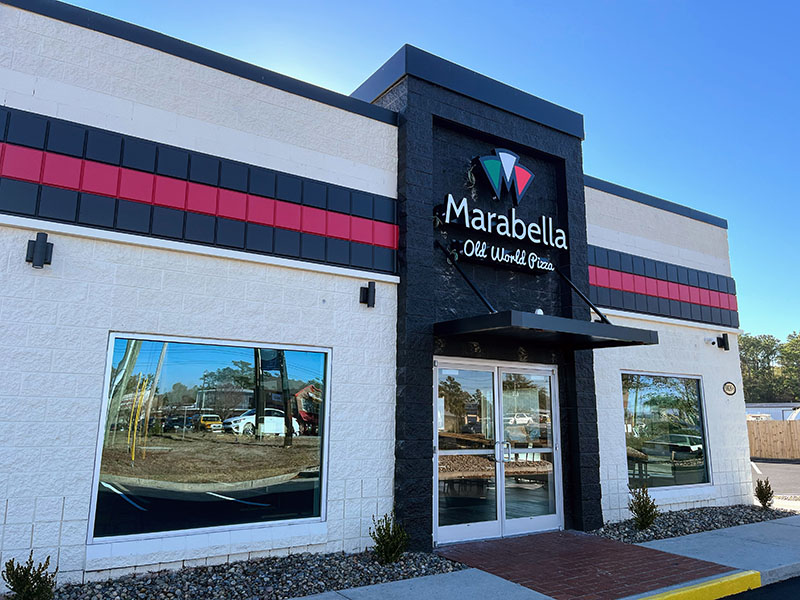 Marabella Old World Pizza is opening soon – the exact date has not been set yet – at 6826½ Market St., just south of the Gordon Road intersection. In addition to several styles of pizza, the restaurant offers several varieties of traditional Italian turnovers, hot and cold subs, paninis, hot pastas and salads.

After moving from New York to North Carolina, Sal Passalacqua joined with Massimo Mannino to open the first Marabella, in Greenville. The dishes are inspired by Passalacqua’s father and grandfather, who learned to bake in his hometown in Sicily.

Passalacqua’s father emigrated to New York in the early 1970s and worked at a deli on Mulberry Street, in the heart of Little Italy. He later opened a pizza shop in Brooklyn.

In addition to the classic margherita (fresh mozzarella, tomato sauce and basil), old-world pies on Marabella menus include the mondello (fresh mozzarella, arugula and prosciutto), the Romana (capers, anchovies and olives), and the Toscana (roasted peppers, hot salami and olives), among others. There also are Sicilian-style pan pizzas on offer and for the less-adventurous, cheese, meat and veggie pies on New York-style thin crust.

Owners did not respond by press time for comment on an opening date for the Wilmington location. The space, however, appears setting up for business with tables and cooking appliances visible inside as well as signs fronting the road.

The owners recently opened a Marabella in Winterville, near Greenville, and also have a location in Washington, North Carolina, also near Greenville.

“Our Italian dishes are made from century-old recipes handed down from our family throughout the years,” according to Marabella’s website. “Marabella Old World Pizza focuses on making traditional pizza the way it is made in Italy and real New York-style pizza.”