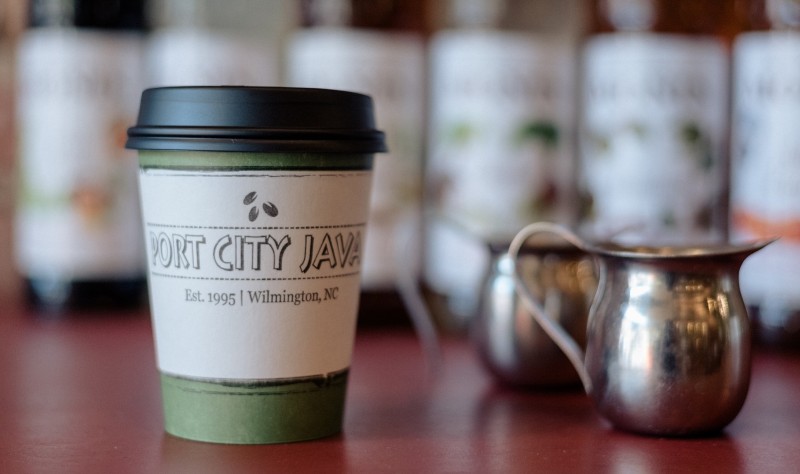 Steve Schnitzler, CEO of Wilmington-based Port City Java, said the company signed a lease for a 1,600-square-foot endcap unit with a drive-thru at The Crossroads, which will also be home to one of the state's largest Harris Teeter grocery stores.

“It’s good to be back in the growing mode,” Schnitzler said.

Schnitzler reported that after 14 months in the red, Port City Java has had three straight profitable months from April through June.

He said the decision to be a part of the The Crossroads at Independence was an easy one based upon the residential growth in that area.

“I’ve been continuously wrong about how many locations we can have in Wilmington,” Schnitzler said. “But as the city continues to grow, so does the demand.”

As a local brand competing with national brands with very deep pockets, Schnitzler said spots such as the one in The Crossroads, which are prime for a drive-thru, are not always easy to come by.

“We’re grateful for landlords that want to work with local brands,” Schnitzler said.

A drive-thru is something Schnitzler feels is essential for the standalone cafes going forward.

“Things were already trending in that direction prior to the pandemic,” Schnitzler said. “And now that’s been accelerated. The drive-thru model is one that we’ll be looking to for the foreseeable future in areas that are not densely populated by foot traffic or on college campuses.”

The company is also looking into ways to continuously improve their service through online ordering and other means to help cut down on wait times.

“One thing about our drive-thru is that everything is made to order, so we’ll never be as fast as Chick-fil-A, but everything is customized to exactly what the customer wants,” Schnitzler said.

PCJ made the difficult decision to close its Barclay Commons location earlier this summer, citing staffing issues and the end of the lease among their reasons.

Schnitzler said all of the Barclay Commons employees who wished to stay on board with the company were offered reassignments at other locations.

“To say things have been rough in the hospitality industry is an understatement,” Schnitzler said. “It’s been a year and a half unlike anything we’ve ever seen before and so much has been out of our control despite how much we pivot.”

The new cafe will have a slightly smaller dining room, but Schnitzler said that given the rising costs of construction and rent, these are the types of concessions that need to be made.

Despite rising costs, PCJ has been making cosmetic improvements to a number of their locations recently, including Porters Neck, Oleander Drive, Racine Drive and South 17th Street.

Next in line this fall are Market Street and Waterford in Leland.