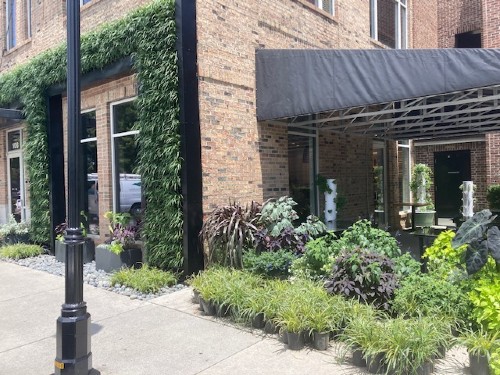 The restaurant is a collaboration between Tiblier and business partner Anastasia Worrell.

Their names are familiar to many, as both women have worked alongside their husbands at well-known Wilmington restaurants – Laura and husband, Hunter, own Ceviche’s, and Anastasia and her husband, Ray, operate Slice of Life.

Tiblier said the idea for the restaurant is something that’s been in the back of her mind since her days as a nurse, long before Ceviche’s came to fruition. She met Worrell, a fellow vegan, at a fundraiser several years ago, and over time, she felt it was Worrell who could be the one to help her realize her vision.

“As we got to know each other we realized we had very similar roles in supporting our husband’s businesses,” Tiblier said. “But it took us a while to figure out what our roles would be in creating a restaurant of our own.” 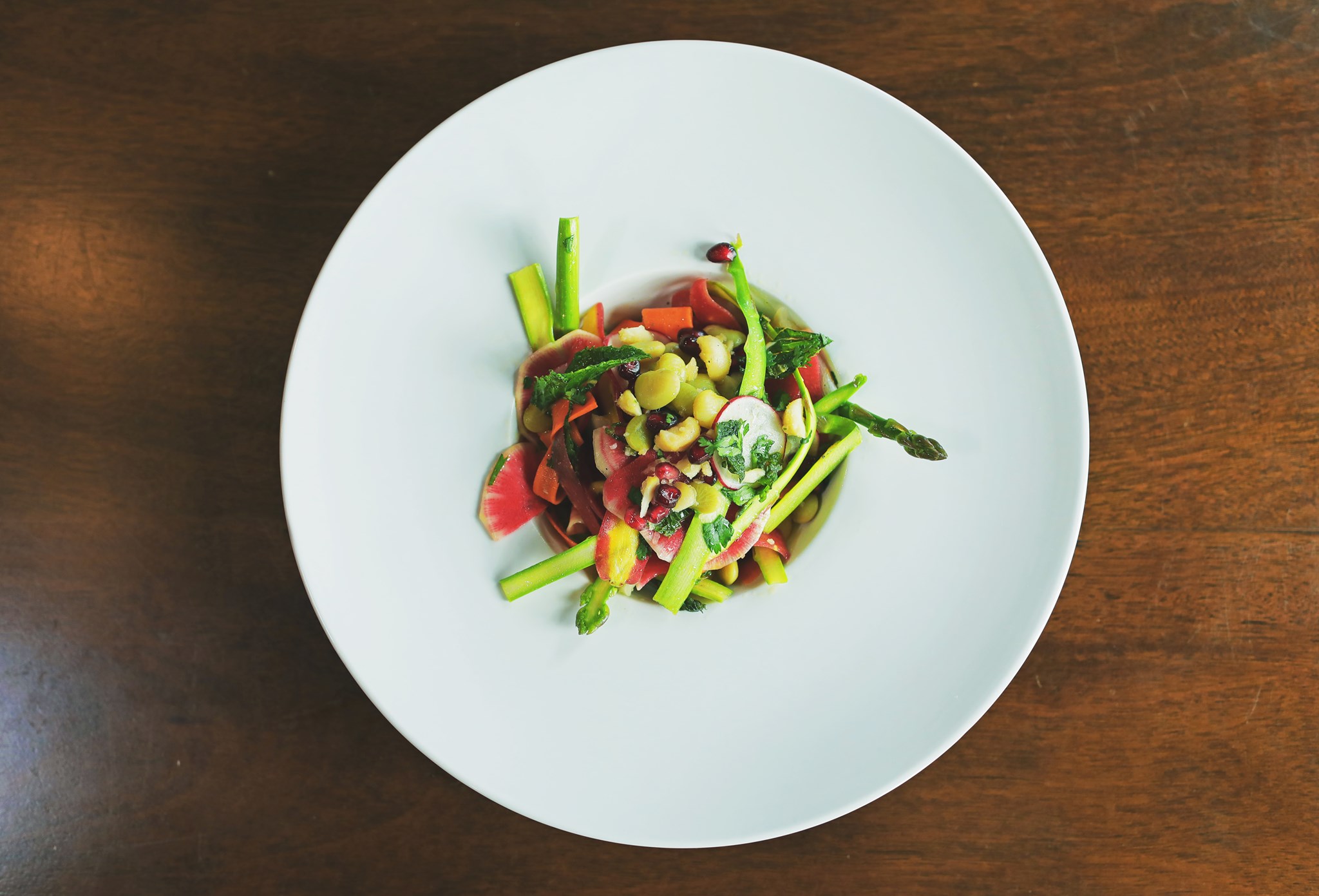 Tiblier said she and Worrell have very different strengths and weaknesses, but together have a very clear mission for a restaurant that is sustainable, collaborative and inclusive.

“Our collaboration has been amazing because we come at things differently and what evolves is a wonderful blend of our strengths,” Tiblier said.

Tiblier and Worrell signed the lease for The Green House space next to Slice of Life at 1427 Military Cutoff Road in April 2020 and spent much of the pandemic researching recipes, coming up with a design for the restaurant and planning.

They enlisted the help of professional vegan chef Anna Marstellar and chef Dean Neff of Seabird as consultants and hired chef Dave Herring, the original owner of Sweet N Savory, as executive chef.

Creating a sustainable, 100% vegan and gluten-free restaurant in the midst of a global pandemic has been a challenge given supply shortages, shipping delays and backlogs for permits and inspections.

“Making everything sustainable has made things even a little more difficult,” Tiblier said. “But in the end it will be worth it.”

Tiblier and Worrell have been very intentional in the selection of all the products and processes that make up The Green House. They’ve chosen design elements such as limewashed walls, leather upholstery made from cactus, tabletops made from reclaimed wood and naturally stain and slip resistant unglazed quarry tile floors throughout the building.

They are in the process of putting the finishing touches on an enclosed glass greenhouse that will house aeroponic tower gardens to grow all of the restaurants greens and herbs.

The Green House’s menu is the result of many hours spent pouring over hundreds of vegan cookbooks and Tiblier and Worrell sharing stories of their childhoods and the foods that were important to their families.

Tiblier, being raised in North Carolina, brings a Southern flair to dishes such as the Southern Barbecue, with roasted and basted ribs of chard served with tomato and cucumber salad, cornbread, mac and cheese and butter beans, while Worrell, who hails from Eastern Europe, brings warm and hearty dishes such as wild mushroom stroganoff with buttered noodles and a side of pickled vegetables.

“It’s not tweezer food; it’s not two bites of this or that,” Tiblier said. “It’s foods you will recognize.”

Those foods include desserts such as matcha brulee, darkest chocolate cake and milk and cookies, the kind of desserts that Tiblier said vegans often long to have at traditional restaurants.

The menu is designed by courses, starting with a selection of boards with various accompaniments, followed by soups and salads, then mains and desserts. All of the restaurants cheeses and breads are made in-house and the majority of fresh produce is sourced locally.

Bar Manager Nick Sorrells brings a new approach to bartending by working with local companies such as Conjure and Home Body Field Goods to create zero proof or conscious cocktails with restorative spirits, and herbal tinctures and elixirs.

“We really wanted the bar to include delicious healthy drinks,” Tiblier said. “They have kind of the opposite effect of traditional cocktails in that they’re good for the body.”

In the coming weeks, the restaurant will also be offering an afternoon tea service featuring Rishi Teas & Botanicals served alongside a variety of pastries and desserts.

The Green House is now open for dinner by reservation only, through Tock.

Daily lunch and Saturday and Sunday brunch service is expected to begin shortly.