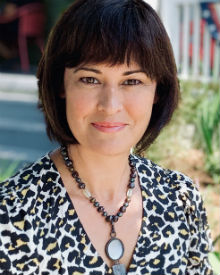 Sydney Penny
There is a very real fear among restaurateurs that the writing is on the wall, and it might be arterial spray.

Within the last two weeks at least three locally owned and operated Wilmington restaurants and bars have closed or announced closures, joining a growing list of establishments that have shut their doors permanently. While the focus has mainly been on human health, the affect on business health, particularly in the hospitality industry, is being felt.

There was hope that the two months of shutdown would be enough to slake the thirst of the virus, but all hope of a speedy return to normalcy died by the Fourth of July, and by Labor Day hope was a four-letter word that rhymed with “nope.”

Dining establishments are used to being in service to the public and catering to their well-being. “Restaurateur,” after all, is derived from the Latin verb, restaurare, “to restore.” Many thought the PPP loans would restore restaurants along with other small businesses, but there are a few key differences that have the potential to be more destructive than restorative.

There were definitely businesses that benefitted from the bump the PPP loans provided. They could keep their staff, pay their rent and keep production rolling, many with employees tap-tap-tapping at their keyboards at home. I would guess that any company making “anti-bacterial” anything probably roared into their best second quarter ever.

Given the religion we’ve made of online services, pornography has probably done well in 2020, despite being forbidden access to PPP loans.

But as many full-service and casual dining establishments watched the 8-week “covered period” for their PPP loans fly by without guidelines established for forgiveness, the “shifting and hedging bets period” began.

Many saw that the medically induced coma of 50% capacity had no end in sight and chose to hold on to any remaining funds to cover a longer period, possibly until the end of December, the end of the “alternate covered period.”

One restaurant owner commented to me, “Well, no matter what, it’s a 1% loan, right?” That is true, but what a difference a day makes: if you received your loan after June 5, it could be converted into a five-year loan; if you received it before June 5, the loan would have a two-year term, unless the lender agrees to renegotiate.

The hardest part of the PPP requirements for a food-service establishment is meeting the fulltime equivalent level by the end of the covered period. If customers aren’t coming in, then staffing up to meet that level, running through remaining funds to pay employees, and afterwards laying them off is not only illogical but contrary to the original intent.

New cryptically-worded provisions may provide outs, but there is little anecdotal or empirical evidence available yet. Business models have significantly changed in these few months. Staffing may not return to precovid normal for years, if ever.

The “walk-up, bus your own tray, get your own drink” model is already the standard for casual dining; service at tables with its costs and liability will increasingly disappear. The middle class of dining will disappear along with it, leaving only Michelin-star or drive-thru options.

The hardest fact is that customers just aren’t there and if they were 50% revenue won’t stack up against 100% rent, utilities, insurance, licenses, fees and maintenance for long.

Given the fear that suffuses every human interaction these days, we consider ourselves very fortunate to have some die-hard locals and an elongated tourist season thanks to portable work and schooling.

The initial intention to limit exposure to the virus in order to keep from overwhelming hospitals has morphed into limiting exposure to any risk. Many have criticized, but few have spoken out in favor of those front line workers who employ others, reduce the unemployment rolls, pay taxes, purchase goods, meet their financial obligations and light a tiny fire on an otherwise bleak economic tundra.

Caution is required and the guidelines for food establishments are ample. At Jester’s Café, we have a six-page, highlighted print-out provided by the Department of Health and Human Services on our staff board covering every conceivable angle of contact with customers, each other, food, doorknobs, you name it.

Industry purveyors shifted gears quickly providing customers with infographics about how to separate and departmentalize your staff. We, like others, increased our outdoor seating, limited our indoor seating, instituted online ordering and delivery to offer as many options as possible since every single customer has a different level of comfort ranging from “mask-up-and-go” to “virus-induced-agoraphobia.”

Everyone is in suspended animation waiting for a vaccine. That day will be great, but the prognosis is that unless there is an immediate shot of adrenaline to the heart, this patient will be DOA.

More props or subsidies or loans will only add to the burden for both businesses and taxpayers in 2021 and beyond. It’s like that scene in Idiocracy when Luke Wilson’s character is explaining that the plants need water, but the response is only to quote the slogan for a plant food that’s killing the crops. “Brawndo’s got what plants crave. It's got electrolytes!”

What we need is not Brawndo. We just need a little consistent, predictable, sweet rain. As individuals, we each need to strike a balance between healthy, normal trade, while respecting the sensible precautions that are now commonplace.

For some the balance cannot be struck yet — the risk is too great for them and they should look after themselves and those in their care. But for those who can venture forth into the cold atmosphere of Planet Covid-19, please support your local eateries, order dessert, buy a T-shirt, get delivery and pray. Their lives might depend on it.

Sydney Penny is co-owner along with Robert Powers of Jester's Café at 607 Castle St. in Wilmington. The restaurants/establishments that she mentions that have closed or are closing are Dock Street Oyster Bar, TAILS and The Foxes Boxes.