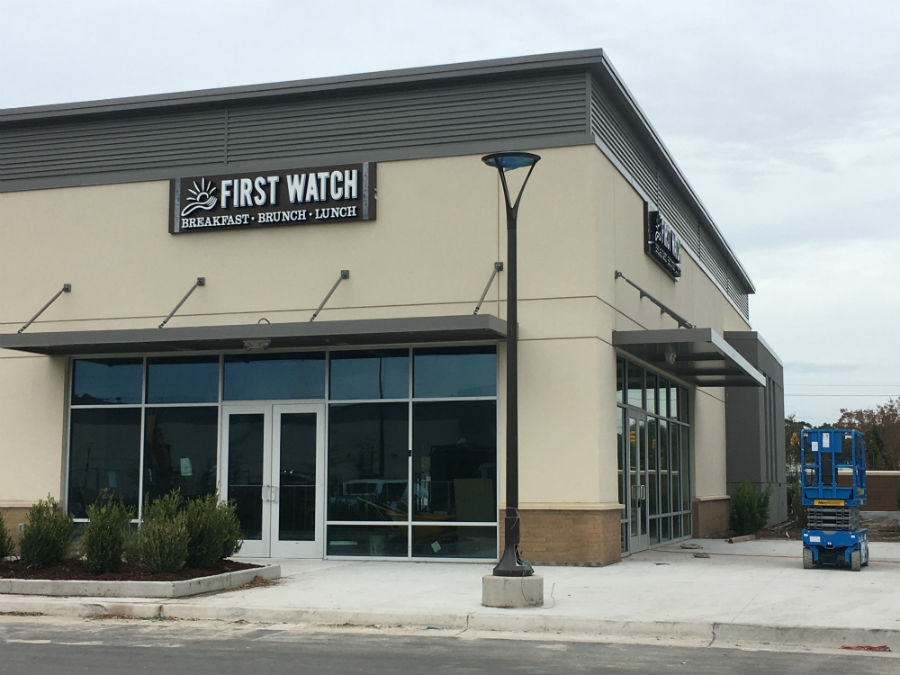 First Watch is coming to Independence Mall, possibly by December. (Photo by Vicky Janowski)
Representatives from First Watch have confirmed that the Mayfaire location of the Florida-based breakfast, brunch and lunch restaurant is set to start serving customers Oct. 12.

A second Wilmington location at Independence Mall is scheduled to open the first week in December.

“Our plan has been to open two Wilmington locations because we feel the community can support that,” said franchisee Mike White.

White is one of four partners in Vim Holdings LLC, the franchise group that has the rights to central, eastern and coastal North Carolina, as well as the Triangle area.

White reports that both locations will be opening about three months later than originally planned, in part due to delays resulting from COVID-19.

Both locations will be roughly the same size and design, as well as having the same menu, White said.

White said that First Watch takes a different approach to grand openings than many other companies, preferring to rely on word-of-mouth rather than a big ad campaign.

“Our mission with First Watch is 'you first' and one way we do that is with our employees and management teams – we don’t want to overwhelm them,” White said. “They still need time to train and develop so we prefer to let word-of-mouth take its course.”

Wilmington managers have been training in Raleigh, Jacksonville and Fayetteville for the past several months, and White said he is eager to get them back on their home turf.

Mayfaire and Independence Mall will be the 15th and 16th First Watch locations for Vim Holdings, which, in addition to White, is owned by president and founder Bob Frame, Joe Seaman and Kevin McHale.

“We love the brand and the product,” White said. “And we’re proud of the nearly 100 years of combined experience that we bring to the table.”