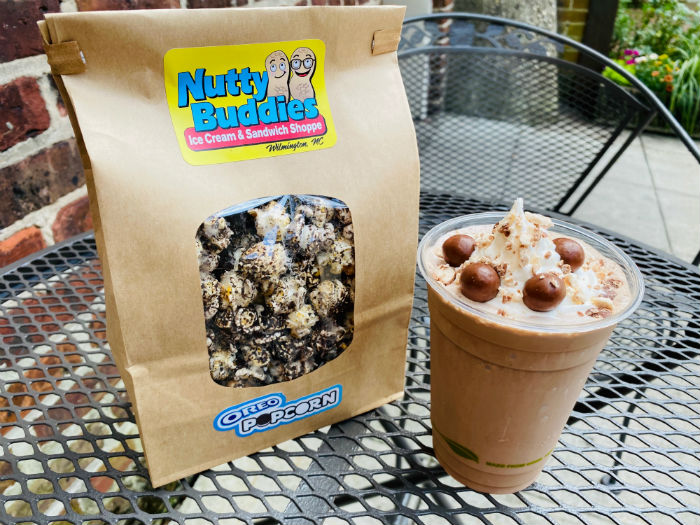 Among the menu items at Nutty Buddies are popcorn and ice cream. (Photo courtesy of Nutty Buddies)
Allen Carpenter and Zach Harmon, owners of Rooster & The Crow located in Chandler’s Wharf, have opened a new concept, Nutty Buddies, at The Cotton Exchange.

The new eatery, which opened this past weekend, came about with the closure of The Scoop, an ice cream and sweets shop that had occupied the space since 1978.

The landlord, who also owns Chandler’s Wharf, contacted Carpenter and Harmon knowing they were interested in opening an ice cream shop and had considered doing so in the space across the hall from Rooster & The Crow.

Despite the fact that Carpenter and Harmon had already rented the space across from the restaurant, they decided to move forward with taking over the space at The Cotton Exchange and instead use the additional space at Chandler’s Wharf to expand their socially-distanced indoor seating capacity at the restaurant.

Carpenter joked that part of the reason that they named the new location Nutty Buddies is that they’re both a little nutty for taking on two more rents and opening a new business during a pandemic. The other reason is they’re both peanut butter lovers.

Carpenter said that although the pandemic has been challenging for Rooster & The Crow, they have adapted by expanding their delivery options though partnerships with national delivery services.

“I was hesitant to do this at first because of all the fees,” Carpenter said. “But it has opened up a new customer base for us. I’ve found out that some folks never go out to eat, even in non- pandemic times; they only order take out.”

Carpenter and Harmon have been encouraged that the last two weekends have been record-breaking weekends at the restaurant, and they hope that the space across the hall will eventually be used for private events.

Meanwhile, they have completely renovated the space at The Cotton Exchange, and added additional courtyard seating.

Nutty Buddies not only serves 16 flavors of ice cream along with shakes, floats and malts, but Pineapple Dole Whip, a dairy-free, vegan soft serve treat, black and white cookies, homemade popcorn in flavors such as Oreo, caramel, and kettle corn, and homemade banana pudding from Rooster & The Crow.

Some of the most popular ice cream flavors over the weekend were blueberry cheesecake and key lime pie. Carpenter said they will be rolling out fall flavors such as pumpkin and deep dish apple pie in the coming weeks.

Nutty Buddies also serves warm sandwiches prepared with Boar’s Head meats and cheeses, homemade pimento cheese and house-brined grilled chicken. Sandwiches are made to order and served with chips. There are 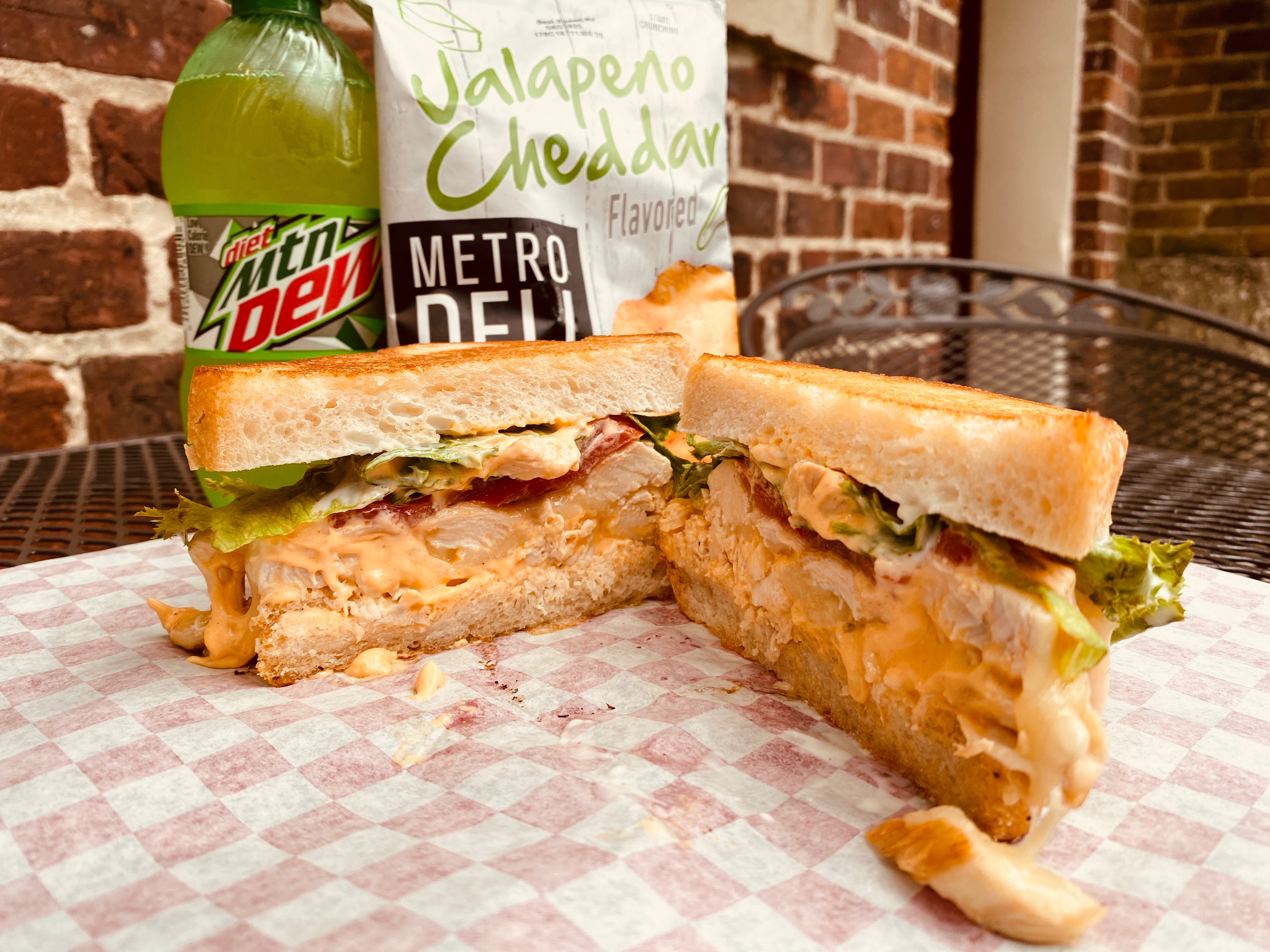 eight sandwich options on the menu now, and Carpenter said they expect to add an additional four to five sandwiches in the coming weeks, along with soups.

Nutty Buddies is currently open Sunday through Thursday from 11 a.m. to 6 p.m., Friday until 7 p.m. and Saturday until 8 p.m. The hours may be extended soon.