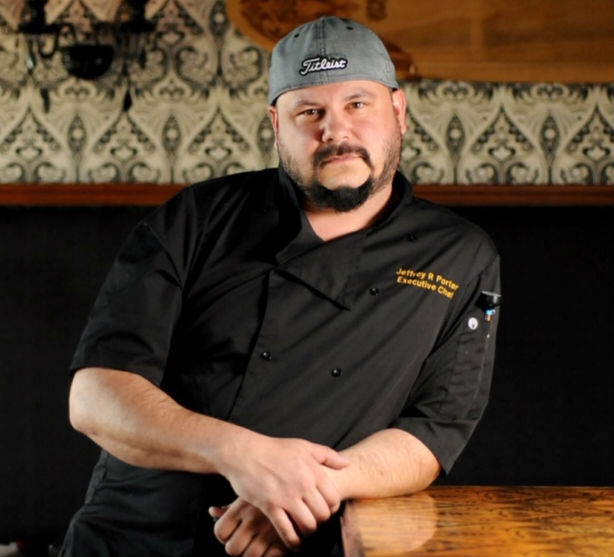 Chef Jeffrey Porter took over the lease of the space five months ago with the intention of working with owner Jim Radle to either rebuild 22 North’s culinary reputation or rebrand.

Porter said the restaurant side of 22 North has struggled since the departure of chef Brent Poteat nearly three years ago.

“22 North continues to draw a late-night crowd, but people really aren’t coming in to eat,” Porter said. “So we came up with the idea to rebrand the restaurant as Portside Bistro at 22 North.”

Porter has been using the space to host a variety of pop-up dinners as well as the competition dining series, Battle at the Beach. Last night’s competition featured chef William Roberts of Oceans at the Holiday Inn SunSpree Resort vs. chef Josh Petty of Cast Iron Kitchen.

As for Portside Bistro, Porter is currently serving dinner Wednesday through Saturday, as he works on remodeling the space and giving the exterior a bit of a facelift. He said his menu changes weekly, but always features lobster and steak, with Maine lobster on Fridays for $25.

He’s also serving Asheville Hot Chicken, a dish he created while working in Asheville that features sriracha and pickle-brined chicken that is breaded and served with country ham and white pepper gravy and bacon molasses collards.

Once remodeling is complete, he hopes to be open for lunch and brunch when the summer season begins.

“We’re slowly getting things where we want them to be,” Porter said.

Portside Bistro at 22 North is located at 22 N. Lumina Ave. in Wrightsville Beach.

Have a tip for Restaurant Roundup? Email us at: r[email protected].