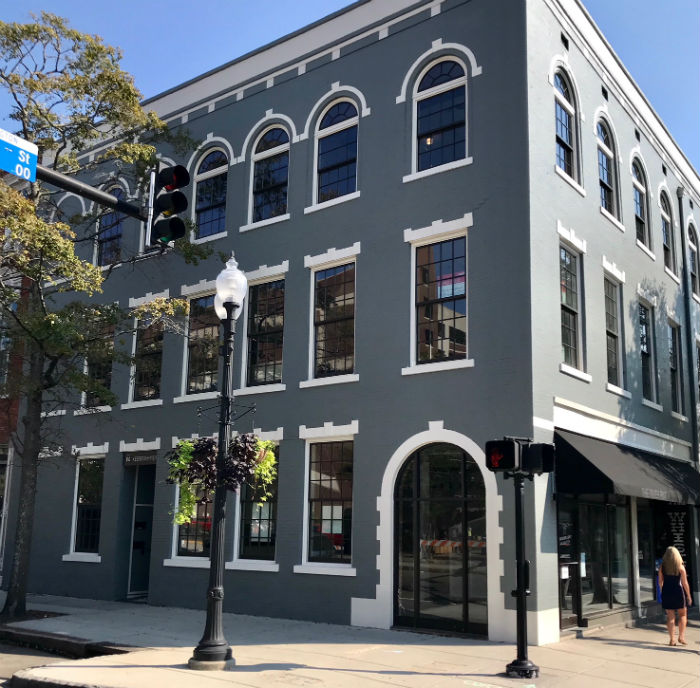 Chef Dean Neff leased space Thursday at 1 S. Front St. for a new restaurant that will serve light breakfast and lunch options and dinner focused on seafood and vegetables.

The 3,000-square-foot space belongs to developer James Goodnight, who has rehabilitated numerous historical structures in Wilmington and Raleigh over the past several years.

Neff, a James Beard Award semifinalist this year, will be the executive chef and owner-operator of the not-yet-named restaurant. Neff said Friday that he's been looking for a space since he left his position as executive chef and managing partner of PinPoint Restaurant, 114 Market St. in downtown Wilmington, in February.

"I've looked at that location ever since James kind of took it over," Neff said. "He did a really wonderful job of bringing it back. I've been looking at it for a while and knowing what James has done around town, I wanted to reach out to him and start the conversation with him potentially looking for the next restaurant space ... It seemed like a natural fit."

Neff said he's taking his time with the restaurant design and planning, working with an architectural firm that has been a part of Goodnight's historic renovations team, Maurer Architecture. The chef said the restaurant would be open no sooner than spring or summer of next year.

Goodnight said a lot of demolition has been completed in the former River Rat space, which will continue to serve as a temporary art gallery through mid-December. Work can begin on The Whiskey side as soon as the bar and live music venue vacates the space in November.

Of the lease with Neff, Goodnight said Friday, "Finding that kind of talent locally and being able to put them on such a prominent corner is a great step."

Goodnight said he hopes to restore the space to its historic charm, including its tin ceiling and possibly prismatic glass.

"Every time we get together, he's got an entire new group of these old photos of that building that he's found. I think it's going to be so fun. I love that he's doing that and he's so into that," Neff said of Goodnight. "I think it will fit in with everything I love about the spaces in downtown Wilmington as well."

Also in the planning process, Neff knew he wanted dinner to include lots of good fish and shellfish in a comfortable, fine-dining atmosphere with a farm-to-table emphasis.

"I feel like what's really been eye-opening for me in this town is seeing the wide array of seafood available that's local, and what's fun about it is it changes seasonally. There's never a time of year when you just don't have anything," Neff said. "It's ever-changing, and there's a lot of great stuff around here."

Music is not out of the question if it were after dinner on a weekend and it seemed to fit what people wanted, Neff said, and the bar is expected to include "exciting wines and cocktails that are changing throughout the seasons."

Breakfast is expected include high-end coffee and some grab-and-go items with a rotating lunch menu of five sandwiches and a few salad options, Neff said.

Hovis said the combination of Goodnight's historic redevelopments and Neff's culinary creativity "will serve as a unique enhancement to the Wilmington community."