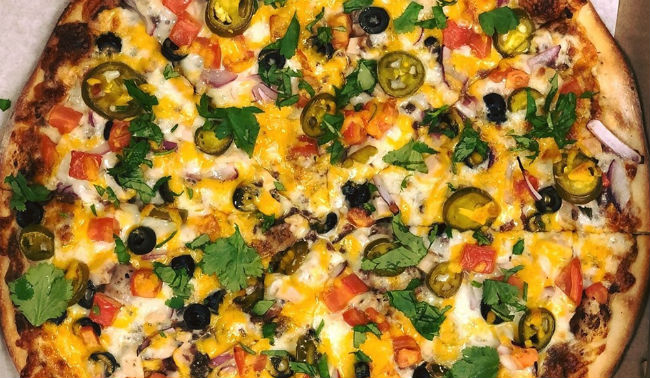 Under the new ownership of Andrew Kelly, the restaurant will now be known as Midtown Incredible Pizza.

Kelly has owned and operated Midtown Deli & Grill for the past 12 years and said he grew up eating Incredible Pizza, which was originally founded by the Royster family.

Lou and Lori Lewis have owned the business for the past 15 years, and began discussions with Kelly regarding the sale at the start of this year.

“We’ve had many discussions over the last several months,” Kelly said. “And I think this is going to be a really good fit for us.”

Kelly explained that going from sandwiches to pizza is an easy transition. The pizzas will be made using the same dough and sauce that Incredible Pizza has always used, but now with the addition of Boar’s Head meats and cheeses, which are featured on Midtown Deli’s menu.

Some of Incredible’s popular pizzas will likely remain on the menu, and new additions will include Midtown sandwiches converted to pizzas, such as The Americana, which features ham, bacon, American cheese and honey mustard.

“The Americana is a really tasty sandwich, and it translates to an amazingly good pizza,” Kelly said.

Greek and Caesar salads will be on the menu, as well as Midtown Deli’s popular Parisian salad, featuring mixed greens, granny smith apples, mandarin oranges, walnuts, cranberries and Gorgonzola. Kelly said he also has a new salad in the works, designed specifically for this location.

Cosmetic updates and the installation of new equipment and a new point-of-sale system are now underway at the pizza shop, which will offer carryout and delivery. Kelly intends to remain open throughout the transition, and retain all current employees. As for now the existing menu is still available and Kelly hopes that the transition will be complete by November, at which point he will announce an official grand opening.

“I come from a family of entrepreneurs and I’ve always known that you start small and grow from there,” Kelly said. “We’re fortunate to have several employees that have been with us for over a decade and we could not have experienced the level of growth that we have had without them.”