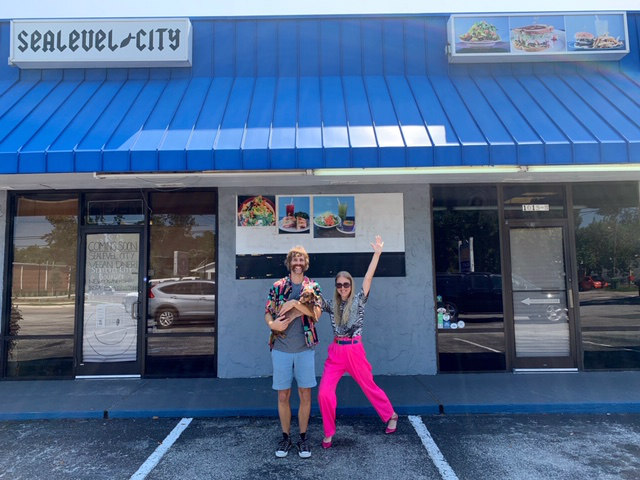 As loyal customers, Gibbs and Key were saddened by the news that former owner Nikki Spears would be closing the restaurant at 1015 S. Kerr Ave. in Wilmington.

“We've been dining at Sealevel every week for many years,” Gibbs said. “And I’ve always promoted it so hard to my friends, family and through my vintage clothing store downtown. So when Nikki was ready to pass the torch, we decided as a family that this was a serendipitous next step for us.”

Gibbs said that with the help of her mother, Cherry, the couple plans to make Sealevel City Diner one of the first entirely vegan restaurants in the Port City.

“This just seems like the natural progression for the restaurant and something that’s needed for Wilmington,” Gibbs said.

Gibbs became a vegan six years ago and said she is passionate about showing the community just how delicious vegan food can be.

“I’m vegan for the health of our environment, my own body and of course the animals,” Gibbs said. “I saw great improvement in my immunity after going vegan, and I think overall I can use less resources, harm less beings and still offer delicious food.”

The family plans to spend the next month or so doing some light renovations and rebranding and will open with the vegan version of Spears' original menu sometime in September.

“Nikki has set us up with some super successful recipes with a great fan base, and there are already plenty of meat eaters that consider this good eatin',” Gibbs said.

The family will also be working toward operating as a zero-waste establishment.

“I think it's very important for restaurant and retail operations to reduce the use of disposable products, compost their food waste and recycle properly,” Gibbs said. “I'm a total trash nerd when it comes to that.”