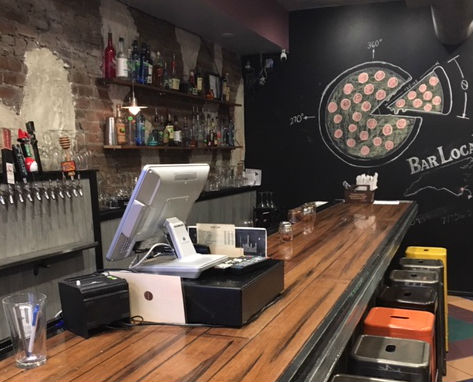 Dustin Anderson has joined Dennis Mancinelli as a partner in the ownership of Bar Local, at 19 Market St. in Wilmington.

Anderson has worked in downtown Wilmington for many years, including at the neighboring Liquid Room (now Varnish Ale & Spirits). He often ate at Bar Local, and said he believed Mancinelli served some of the best food downtown.

Anderson said the partnership allows Mancinelli to focus on the food, while he manages the bar and front of house. A new 700-degree pizza oven has been installed and the menu includes nine signature 12-inch pizzas, as well as a create-your-own option.

"Dennis has full creative control in the kitchen which allows him to create special menu items weekly," Dustin Anderson said. "Everything is made from scratch, all the sauces, even some of the cheese."

As for the bar, Anderson has rearranged the front of the house and is now offering a full bar, as well as beer and wine. All 12 taps carry beer brewed in Wilmington, and Anderson is looking to stock the bar with liquor made at North Carolina distilleries.

With limited indoor seating, Anderson and Mancinelli are looking forward to spring, when they can seat an additional 25 to 30 guests on their outdoor patio. Guests can enjoy live music on the patio during the warmer months as well.