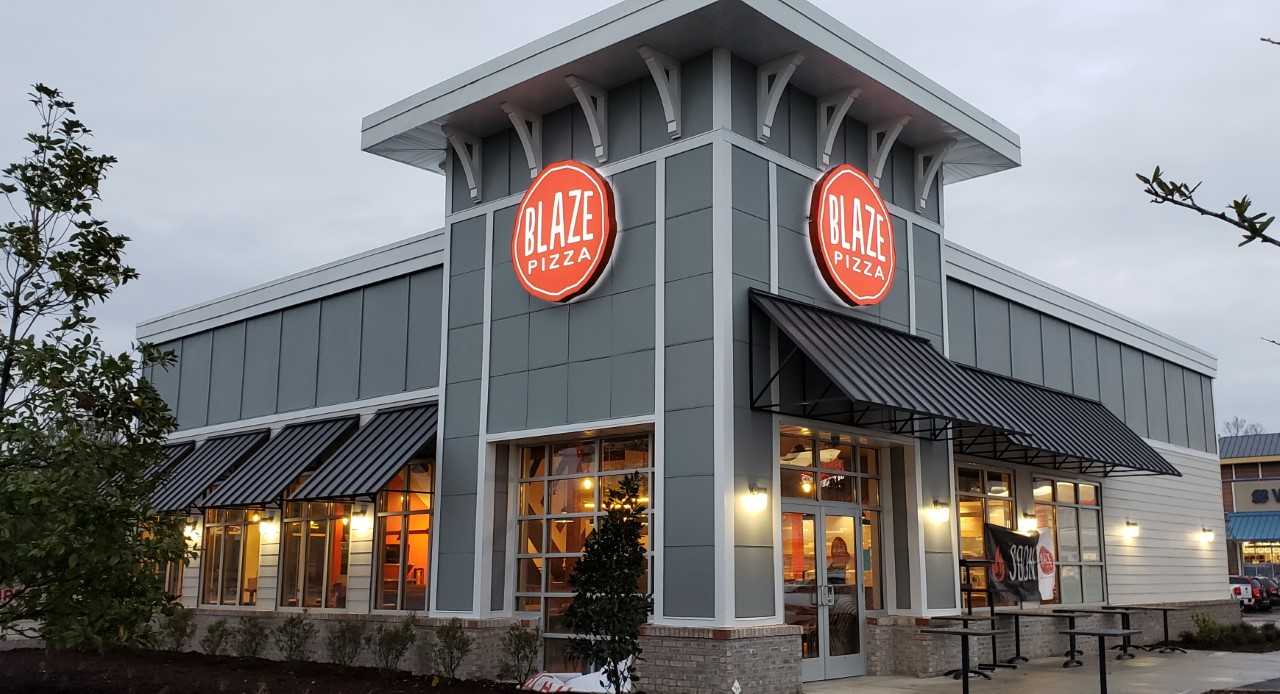 The following day, a grand opening for Blaze is scheduled with offers of free pizzas from 11 a.m. to 10 p.m. to anyone who follows Blaze on Facebook, Twitter, Instagram or Snapchat, according to a news release.

Under the operation of Blazin’ Blue, the franchisee developing the concept throughout the state, the Wilmington location has created about 50 new jobs. There are eight other locations across the state, including four in the Raleigh area, three in Charlotte and one Asheville.

The Los Angeles-based company, founded in 2012, prides itself on serving artisanal pies that are fresh, fast and affordable, officials said in the release. Each restaurant features an interactive, open kitchen that allows guests to customize the menu’s signature personal pizzas or create their own for around $8.

The pizza dough is made fresh daily and topped with all-natural meats and fresh vegetables and cheeses, then finished in an open-flame oven that cooks pizzas in three minutes. To accommodate those with special dietary needs, Blaze offers gluten-free dough, vegan cheese and tree-nut free pesto.

“At Blaze, we’re taking one of America’s favorite foods back to its roots by offering high quality, affordable pizzas – without the wait,” said Mike Reed, district manager for Blazin’ Blue, in the release. “We couldn’t be more excited to bring Blaze to the Wilmington area.”

The newly constructed 3,000-square-foot restaurant seats 75 inside and an additional 20 on an outdoor patio and is located in front of Earth Fare.

Reed said Blaze Pizza looks forward to building strong roots within the Wilmington community. The restaurant has developed a fundraising program that returns 20 percent of an event’s proceeds back to local organizations and will be partnering with local schools, sports clubs and other groups to host regular fundraising events.