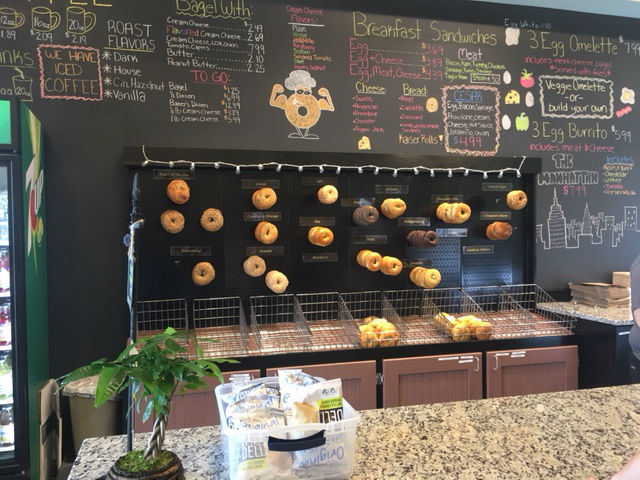 Mr. Bagel Meister founder Phil Santomassi, who operates the area’s first location at 6400 Carolina Beach Road, had anticipated a March opening, but said Conroy and Fiorenza encountered some permitting delays throughout the upfit of the building.

“I wish we would have been able to open a few weeks prior to Memorial Day,” said Donna Conroy, "but we’re so excited to be open and are working hard to work out the kinks as soon as possible.”

Conroy and Fiorenza credit Santomassi with selling them on the Mr. Bagel Meister concept and helping them make it a reality.

“We knew almost immediately after meeting with Phil and trying the food, that this was the best fit for us,” Conroy said. “And from there everything started to fall into place as far as the location. He has been a phenomenal mentor and he’s kept us laughing through it all.”

Conroy and Fiorenza plan to stay true to the model that Santomassi has developed, but said he has encouraged them to make it their own and try out new menu items that suit their particular location. While they had originally planned to offer some of the same espresso drinks served by the previous tenant, Island Java, they have instead chosen to serve hot and iced coffee only, with several flavorings available.

The dining space offers seating for around thirty guests, with additional seating on the patio and carry out orders can be picked up at the counter or at the drive thru window.