The Squeeze Aims To Please 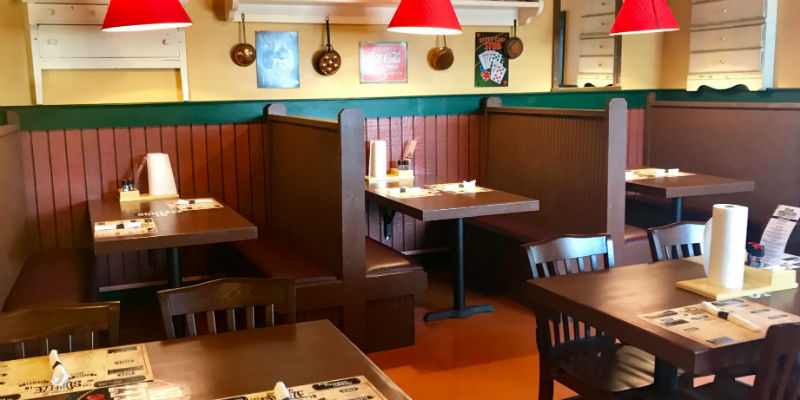 Known commonly as “Pops,” Roof is best known in Carolina Beach for Pop’s Diner and Pop’s Homemade Ice Cream that both bear his familiar nickname. With The Squeeze, his 37th restaurant, he is attempting to fill a void he saw in the town’s culinary offerings.

“I’ve always wanted to do it, and there is a need for it here (in Carolina Beach),” said Roof. “We don’t have a steakhouse. There are a couple of places that serve steak, but they’re not really steakhouses.”

The Squeeze opened on March 21 in the building at 12 N. Lake Park Blvd. that Roof bought in 2002, when he relocated from Northern Virginia. He envisioned it as a location for an ice cream shop, but it remained rented as an eight-room boarding house until 2016. Since then, Roof has worked to renovate the original two-story building into a suitable, one-story space for a restaurant.

While The Squeeze aims to satisfy the higher end of Carolina Beach-goers’ palates, creating a comfortable and still-casual environment was of primary importance when preparing the space. The Squeeze offers eight booths and three four-top tables.

“We want people to know us for our steaks and the high quality of the food,” said front-of-house manager Cameron Smith. “But we don’t want anybody to think that they can’t come in in their flip flops or that they can’t bring their children.”

The Squeeze’s menu offers diners steak and seafood offerings primarily, with steaks ranging from a 10-ounce sirloin for $19, to a whopping 32-ounce porterhouse at $59. Seafood dishes range from $18-$24, and include everything from fish and chips to shrimp fettuccine. The wine list offers variety but, by design, is limited in the overall number of selections as to not over-complicate the dining experience.

“We’ve got a good, concise, small wine list that covers the top wines,” said Smith. “We worked with our wine rep, and he just wanted to keep things to a minimum. We’re still at the beach, after all.”

For the more cost-conscious, the sidewalk chalkboard outside The Squeeze’s entrance usually will feature a special that will let diners get out the door for about $25. Lower-cost options will include hand-cut Cheshire pork chops from Heritage Farms in Goldsboro, NC, and 10-ounce, Angus-certified ribeye steaks.

“Everything is the best you can get,” said Chef Philip Phipps. “That’s what Pops wants. There are no shortcuts on anything.”

Until the summer tourist season begins, The Squeeze will be open daily 5 p.m. until 9 p.m., and will be closed on Tuesdays. As summer approaches, the restaurant plans to extend its hours and to launch a lunch menu that likely will include burgers and other sandwiches.