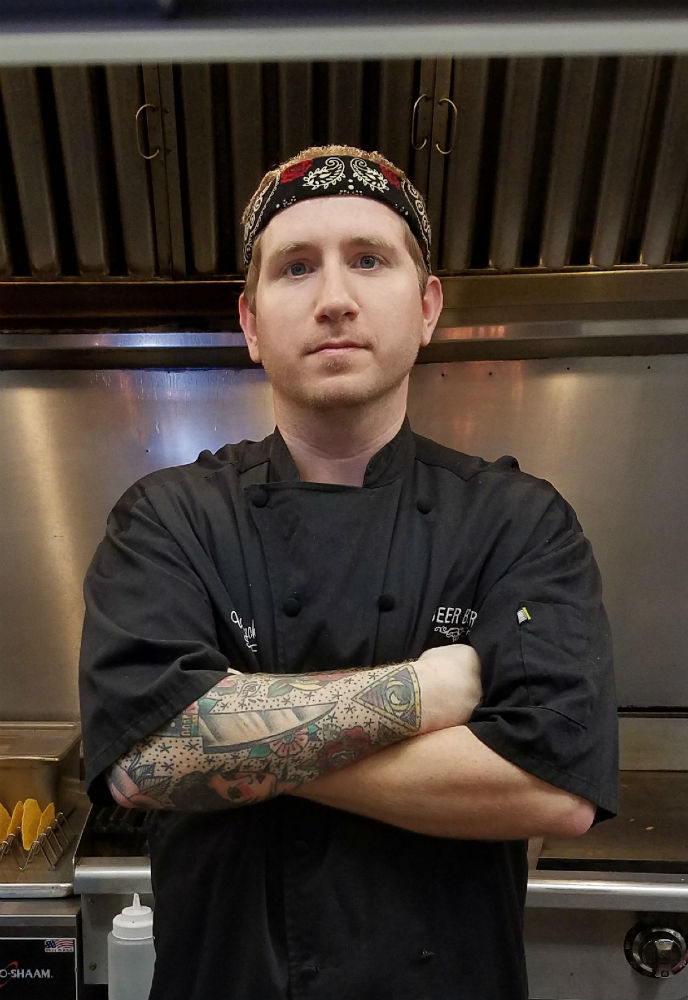 “Wes has been with us from the start and has been incredibly devoted,” Hayley Jensen said of her new executive chef. “He has worked side by side with Stephen to gain an understanding of the focus of the restaurant and has proven to us that he is ready to run the kitchen.”

Hucks's background is heavily rooted in the downtown Wilmington dining scene, but he began his career working for Chick-fil-A at 15 years old. By 17, he was promoted to a management position, which he would hold for the next eight years. He said that while quick-service food didn’t really push him creatively, he gained a very solid background in kitchen management and customer service.

Hucks (pictured above) said that the opportunity to work under Durley at Beer Barrio was a huge turning point for him, and he credits Durley with quadrupling his knowledge and skillset.

“I have the utmost respect for Stephen; he is the best mentor and teacher I’ve had the opportunity to work for,” Hucks said. “With all that I’ve learned it feels wonderful to be able to give back to the people who have given me so much.”

Hucks will soon be launching Beer Barrio’s biggest menu change since its opening in June 2015. While many of the restaurants mainstays will remain, new items will include an Ahi tuna taco with grilled pineapple salsa, bacon cheddar hushpuppies and roasted root vegetables with lime-infused salt, goat cheese and pecans.

While Durley will continue to advise Hucks and be present at the restaurant, Hucks's promotion will allow Durley the time necessary to pursue the Beer Barrio team’s new venture.

The venture includes leasing a 3,100-square-foot space in the newly constructed New Centre Commons, a retail development at 4712 New Centre Drive near Target.

Hayley Jensen said the new project will be a smokehouse featuring Durley’s award-winning barbecue and beer brewed onsite. The focus, said Jensen, will be on the food, with small batches of beer brewed to be served at both locations.

Jensen said she hopes the new location will be open by late spring or early summer 2018.