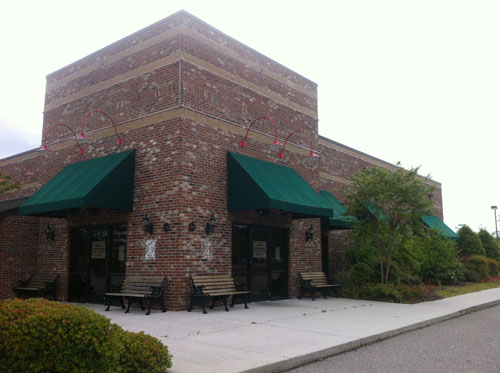 Osteria Cicchetti will open in the former O'Charley's building in Monkey Junction. (Photo by Liz Biro)

The former O’Charley’s building at Monkey Junction is getting Italian food from one of Wilmington’s most productive restaurateurs.

The original Osteria Cicchetti, at The Forum shopping center on Military Cutoff Road, is one of six restaurants under Aziz’s Circa Restaurant Group.

Osteria Cicchetti’s second location will be at 5104 South College Road, where O’Charley’s closed on May 20, following the December 2010 closing of O’Charley’s at 6 Van Campen Blvd.

Speaking between meetings with little time to spare, Aziz had only a moment to confirm his Osteria Cicchetti plans. He said more information would be coming.

Osteria Cicchetti in The Forum is just a few doors away from Aziz’s The Kitchen and less than a mile away from his Towne Tap & Grill at Mayfaire Town Center and Boca Bay and Brasserie du Soleil, off Eastwood Drive near Wrightsville Beach. Aziz also owns downtown Wilmington’s Circa 1922.