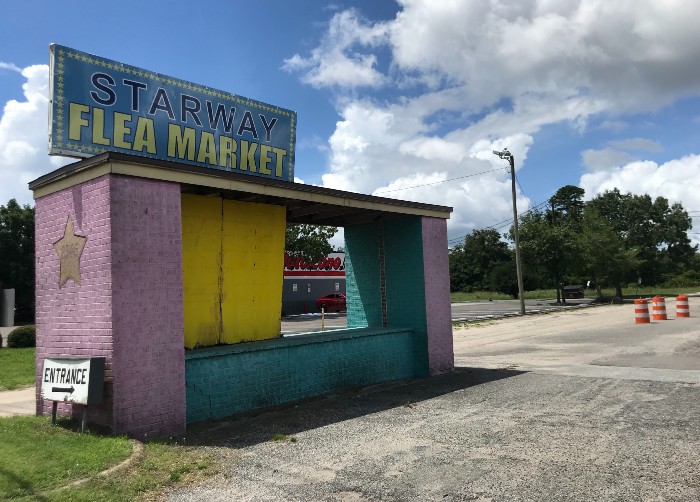 In Wilmington, the site of the Starway Flea Market, formerly Starway Drive-In movie theater, is the subject of a rezoning request. (Photo by Cece Nunn)

A potential apartment development is in the works on property in Wilmington that currently holds the Starway Flea Market and previously held a drive-in movie theater.

The flea market, which opened in the mid-1980s, is part of a rezoning request that would change about 15.6 acres on Carolina Beach Road and Washington Street from commercial and business zoning designations to one that allows apartments.

Before the flea market opened, the property used to be home to the Starway Drive-In, which opened in 1955 with enough room for 700 cars before closing in 1985, according to planning documents.

If granted, the new zoning of Multiple-Family, Medium-High density (MF-MH) would allow a maximum of 390 apartments, planning documents state. The documents do not indicate exactly how many apartments the developer has in mind, and Heilbron did not comment on the specifics. 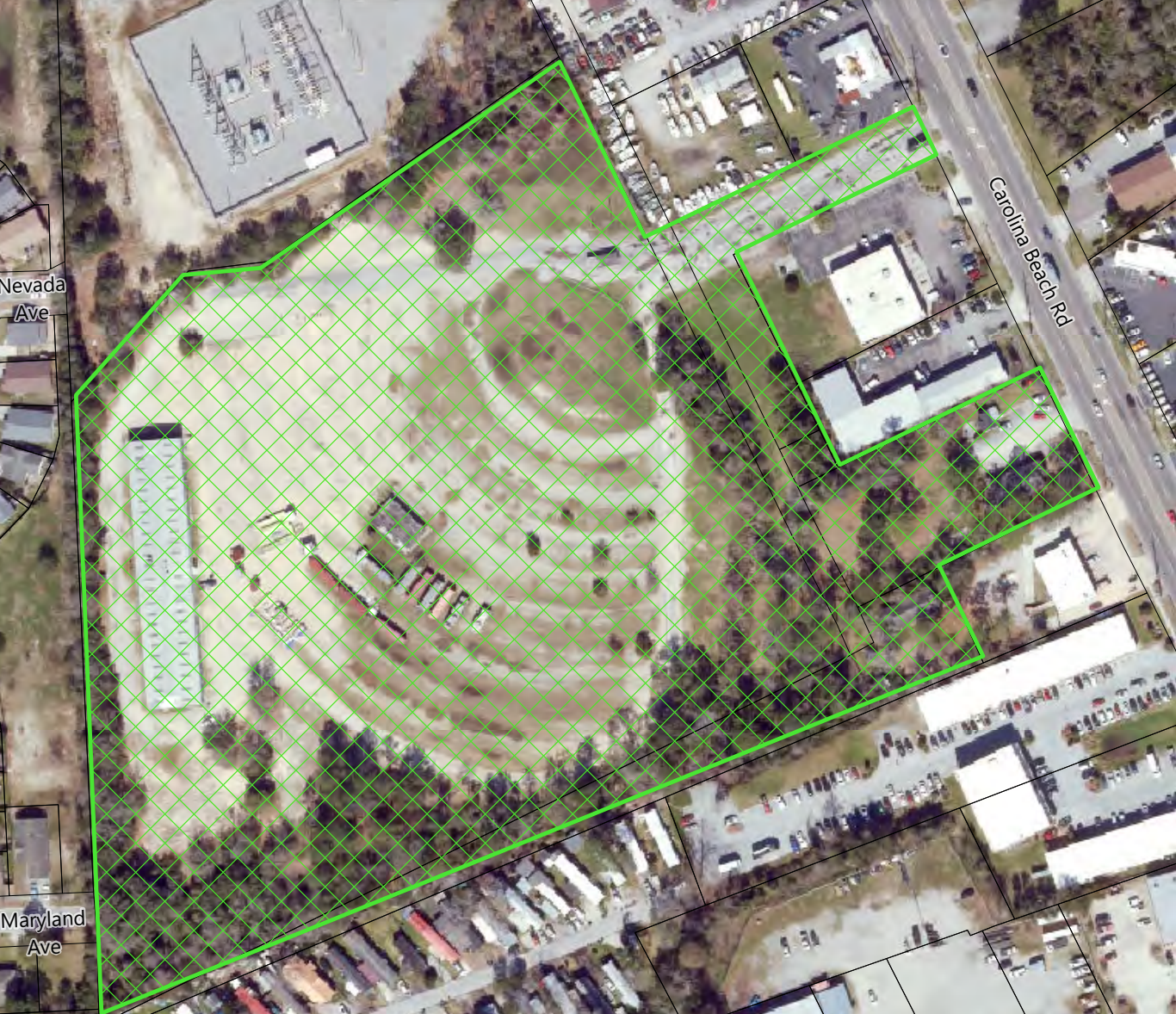 The city staff has recommended approval of the rezoning, stating, “The site is located within an area that is near commercial services and uses, near medical services, and within an existing high-capacity transit route along Carolina Beach Road. The proposed multi-family zoning presents an appropriate transition from the commercial areas along Carolina Beach Road to the existing residential uses to the west in the Sunset South neighborhood.

The request goes before the Wilmington Planning Commission at 6 p.m. July 7. The meeting is slated to take place at the Wilmington Convention Center.

The rezoning application signed by the property owner said the city has “a large deficit of housing” and that a multifamily zoning would be a more “appropriate zoning district and would allow infill development.”

“The Create Wilmington Plan continues to focus on infill development for increasing housing opportunities. The visions and goals for growth and economic prosperity encourage safe and affordable housing to be available to every citizen,” the application stated. “Rezoning this property from commercial to a higher density of residential use would be consistent with the concept of location-efficient housing, and in-filling parcels where existing utilities and urban services are already available.”

The property is behind commercial properties along the front of Carolina Beach Road and sits next to a mobile home park, another multifamily district and a power station, the application pointed out.

“Development with the associated improvements would be a huge upgrade to the aesthetics of the area and provide for inter-connectivity of a currently stubbed public roadway,” the application stated. “Any potential impacts on adjacent properties would be mitigated by provisions in the Land Development Code.”