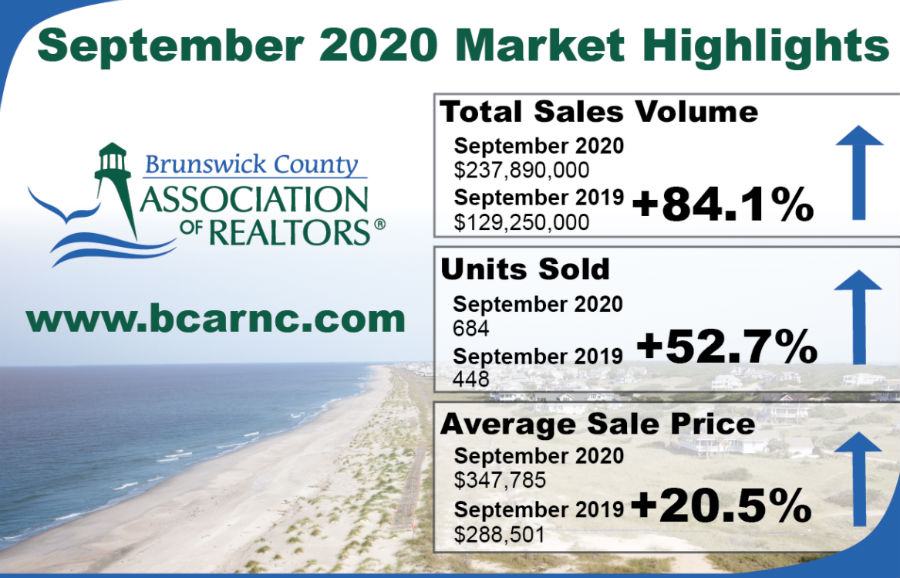 Brunswick County's residential real estate market by itself remained on the upswing in September, with sharp increases in units sold, average sale price and sales volume compared to last year, according to a news release from the Brunswick County Association of Realtors.

The market remains ahead of last year’s record pace, the release stated, with nearly $1.5 billion in sales through September.

“I feel like I am starting to sound like a broken record, but I’ll say it again: our market is on fire,” said BCAR CEO Cynthia Walsh in the release. “Our sales figures continue to be nothing short of amazing, and we’re on track to surpass the total sales from 2009, 2010 and 2011 combined by the end of the year."

The number of units sold jumped 52.7%, from 448 to 684, tracking closely with the region's performance as a whole.