The firm was previously known as Coldwell Banker Chicora Advantage.

“This strategic new partnership allows us to leverage the marketing muscle and advanced technology of the Coldwell Banker Advantage network of companies,” stated Brian Moxey, president of Coldwell Banker Sea Coast Advantage in Myrtle Beach, in a news release. 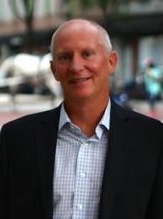 Moxey (pictured at right) also said that having a non-competing management structure “results in a more positive experience for all, especially agents and their clients,” according to the release.

Tim Milam, president and CEO of Wilmington-based Coldwell Banker Sea Coast Advantage, said Moxey's firm has an established reputation in Myrtle Beach. “We look forward to many years of success working together,” he said in the release.

According to the release, the Coldwell Banker Advantage network serves buyers and sellers across northeastern South Carolina and much of North Carolina and includes 52 offices and more than 1,600 agents.

“In addition to Coldwell Banker Sea Coast Advantage, which now extends from the Grand Strand all the way to Calabash and northward to New Bern, the network also includes Coldwell Banker Advantage in Raleigh, Fayetteville, Southern Pines, Greensboro, Winston-Salem, and the Triad areas of North Carolina,” the release stated.

Coldwell Banker Sea Coast Advantage had a 2019 closed sales volume in excess of $2.4 billion and more than 10,000 closed sales transactions, the release stated.