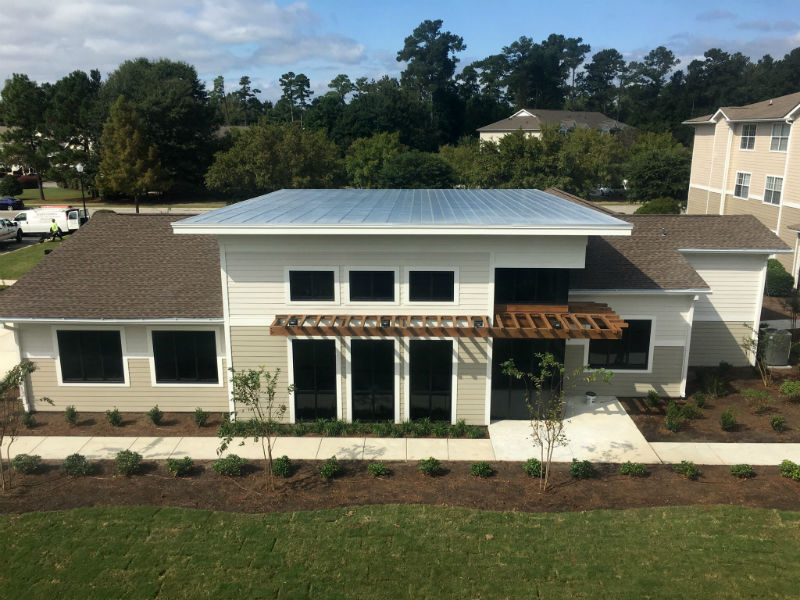 Abbotts Run Apartments in Wilmington sold for $38 million recently. The complex, 511 Cobblestone Drive, got a clubhouse makeover and $2.5 million in upgrades when investors purchased it in 2016. (File photo)
A publicly traded real estate investment trust recently purchased an apartment community in Wilmington, according to an announcement.

BRT Apartments Corp. (NYSE:BRT) announced Feb. 24 that an entity in which it has an 80% equity interest acquired Abbotts Run Apartments, a 264-unit complex at 511 Cobblestone Drive, for $38 million. That includes $23.2 million of mortgage debt assumed in the acquisition, according to a news release.

The release stated that the mortgage debt matures in 2030, carrying an interest rate of 4.71%, is interest only until 2025, and amortizes on a 30-year amortization schedule thereafter.

"The company received favorable pricing on the property to offset the above-market rate on the assumed debt. BRT contributed $13.7 million of equity in connection with the acquisition and anticipated improvements to the property," the release stated. "This is the second property BRT has acquired in North Carolina.

Abbotts Run Apartments is near the University of North Carolina Wilmington.

"Given its central location, strong occupancy, healthy submarket, and the contemplated upgrades and management efficiencies, Abbotts Run is an ideal candidate for steady growth," the BRT news release stated.

Upgrades have included $2.5 million worth of improvement to apartments and a $1 million renovation for the apartment complex's clubhouse, a project that was completed in 2017.