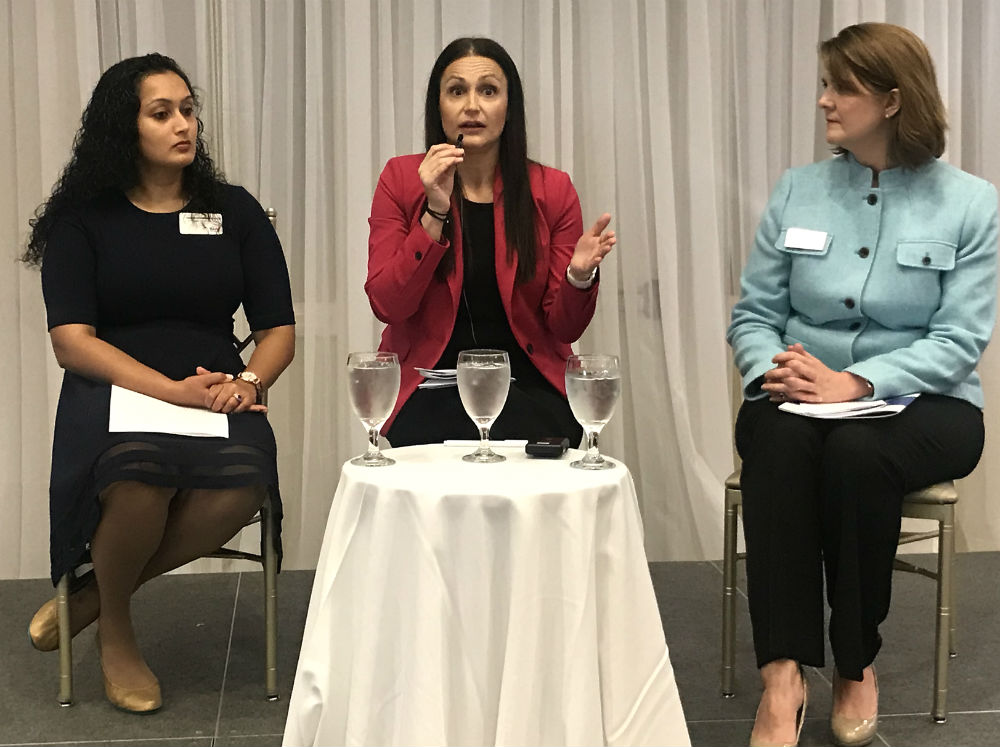 The rise of more apartments in the Wilmington area can be attributed in part to a housing shortage and affordability concerns that are also being felt nationwide, experts said Thursday.

The nation as a whole is dealing with a shortage of homes available to buyers in the amount of 5 million to 6 million dwellings, said Nadia Evangelou, senior economist and director of forecasting for the National Association of Realtors.

The Wilmington area faces the same shortage, Evangelou and others said at the 2020 Housing & Construction Forecast. The forecast was presented Thursday morning at The Terraces on Sir Tyler by the Wilmington-Cape Fear Home Builders Association and Cape Fear Realtors.

“We’re going to continue to see the rental product help to fill that void,” said Amanda Hoyle, regional director for Metrostudy whose territory also includes Raleigh/Durham and the Triad.

She said that in the Wilmington area, multifamily building permits have accounted for 55% of the permits issued recently, while that statistic is 35% in the Triangle and 25% in Charlotte.

While home prices are on the rise, apartments might be a go-to for many residents in Wilmington, but they don’t come cheap either.

Hoyle pointed to an N.C. Housing Coalition report for New Hanover County. The report shows that with average rents nearing $1,000 for a modest two-bedroom apartment, a family would need to make about $40,000 a year to afford that lease, while the average renter can only afford a rent of $664 a month.

“Housing is affordable when it comprises no more than 30% of the family’s budget,” the report explains. “Families that spend more than this on housing are cost-burdened.”

Meanwhile, those who can afford to buy a home are choosing townhomes, said those on the panel, which also included Danuskha Nanayakkara-Skillington of the National Association of Home Builders.

While the share of townhomes in the market decreased slightly in the fourth quarter of 2019, from 13% to 12%,  “we do see this sector as having the largest growth potential because on the builder's side” townhomes are a lower-cost product, said Nanayakkara-Skillington.

Hoyle said, “I am seeing across the state more of an interest in the attached product -- townhomes and condos to a small degree.”