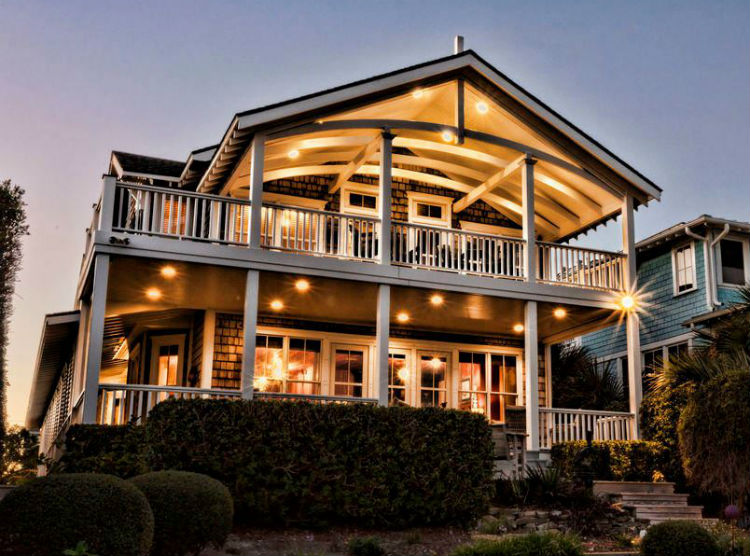 The home at 807 S. Lumina Ave. in Wrightsville Beach sold for $3.2 million in February. (Photo courtesy of Intracoastal Realty)
The quarter so far has been dazzling for those selling high-priced homes in New Hanover County, according to a report released this week.

"If the first two months are an indicator, 2019 could prove to be one of the best years ever recorded in the luxury housing market in New Hanover," stated the report from Wilmington-based residential real estate firm Just for Buyers Realty.

In all, 16 properties, valued at $1 million or more each, were sold in New Hanover during the first two months of the year.

"Just For Buyers Realty has been tracking sales on the area’s high end properties since 2000.  During that time, only one other year had a better start," stated the report, which was compiled by Kathleen Baylies, broker in charge at Just for Buyers Realty. "In 2006, there were 24 high end home sales in New Hanover County during the first two months."

Vance Young of Intracoastal Realty was the listing and selling agent for the most expensive home sale to close in February. The oceanfront dwelling at 807 S. Lumina Ave. in Wrightsville Beach, a nearly 4,700-square-feet home with five bedrooms and five and a half bathrooms, sold for $3.2 million after being on the market for 57 days.

"They're being absorbed faster than they're coming onto the market," Young said Wednesday. "Typically, a lot of people don't list in the late fall or winter and do list in late winter, early spring. Normally, we're seeing more inventory hitting the market than we've seen this year."

The report stated that the market's positive trend is expected to continue in March.

"There are currently 22 luxury homes under contract in New Hanover County (10 of which went under contract in February)," according to the report. "If 17 or more of those homes close by March 31, the first three months of the year will go down as the best first quarter in the history of local luxury homes sales."

Only one luxury home sold in Brunswick County during February, and none sold in Pender, the release stated. Both counties saw two homes go under contract during the month.