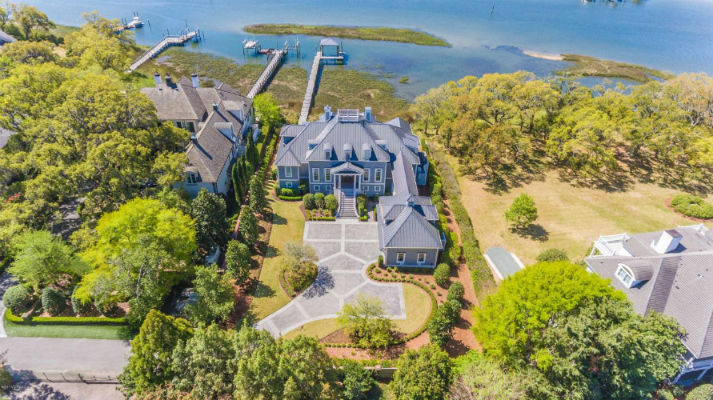 In a recent transaction Young used as an example Monday, Young's team worked on the closing on a $3 million waterfront home at 417 Bradley Creek Point. Sam Crittenden of Landmark Sotheby's International Realty represented the buyers.

In another example, Young said the $4.9 million home at 2336 Ocean Point in Landfall is under contract, for which Landmark Sotheby's International Realty's Nick Phillips is representing the sellers.

"The upper end has finally caught up and has come to life," Young said.

The Bradley Creek Point home overlooks Bradley Creek with views of the Intracoastal Waterway, Masonboro Island and the Atlantic Ocean. It includes a 5,850-square-foot home with five bedrooms and five-and-a-half bathrooms, a three-car garage and a private pier with three boat slips. The Ocean Point home (pictured below) is a George Alsina-designed residence on a high bluff overlooking the Intracoastal Waterway and Atlantic, with four bedrooms and seven bathrooms in 7,669 square feet.

A look at the N.C. Regional MLS' statistics supports Young's opinion, according to a recent report on July luxury home sale numbers by Just For Buyers Realty.

While no homes priced for more than $3 million closed last month, four homes priced between $3.45 million and $5 million went under contract, and six new listings c 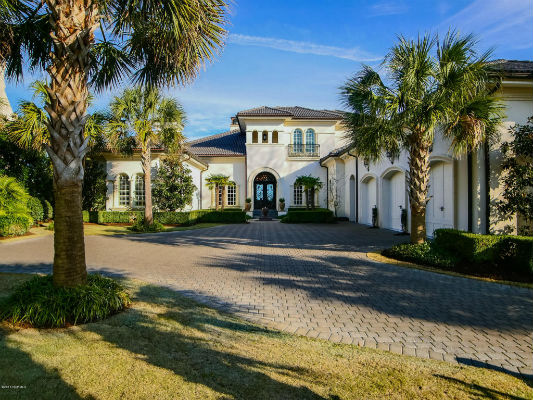 ame on the market, bringing the total of active listings with asking prices above $3 million to 29.

"To put these numbers in perspective, the tri-county area (New Hanover, Brunswick and Pender) has seen an average of 3-4 homes priced more than $3 million sell per year over the past 10 years. If all four homes that went under contract during July actually close, they will exceed the yearly average of total homes sold at this price point," the report said.

The home at 286 Beach Road North on Figure Eight Island, listed for $4.5 million in July, went under contract after nine days on the market, according to the report.

The number of homes sold in July that were priced above $1 million rose to 8 compared to 6 last year in New Hanover County, 1 compared to none in July 2016 for both Brunswick and Pender counties. Total sales volume for the tri-county region rose from $9.4 million to $17 million, according to the report, compiled by Kathleen Baylies, broker in charge at Wilmington-based Just For Buyers.