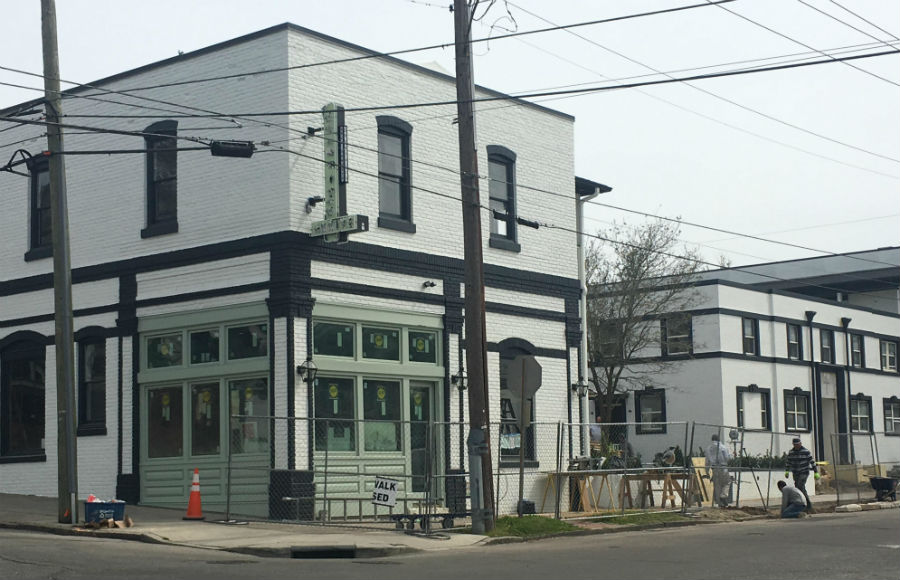 The owners of the ARRIVE Wilmington hotel on Second Street (shown in March) want to add another building to the hotel across the street that would have 45 rooms. (File photo)
The owners of a Second Street hotel who have revamped the historic property formerly known as The Wilmingtonian are proposing to add 45 more hotel rooms to downtown Wilmington's inventory, according to site plans recently submitted to the city.

In place of an existing parking lot across from the former Wilmingtonian, which has been rebranded as ARRIVE Wilmington, hotel officials want to put a 34,000-square-foot, four-story building with 45 hotel rooms, a parking garage and retail space at 108 S. 2nd St., the site plans show.

ARRIVE Wilmington officials had no comment about the proposal Thursday, except to say that "more is coming."

Meanwhile, a news release announced Thursday that ARRIVE Wilmington is inviting the community to celebrate the first phase of its reconstructive renovation of the previous Wilmingtonian hotel at 101 S. 2nd St., across the street from the parking lot where another ARRIVE Wilmington building is planned.

“ARRIVE Wilmington has been designed to embrace the historic neighborhood and share what makes it so special with both locals and visitors,” said Matthew Steinberg, CEO of ARRIVE Hotels & Restaurants, in the release.

The managing director of ARRIVE Wilmington, Jamie Schaible, said Phase 1 consists of 36 refurbished rooms and the Dram Yard restaurant, which opened April 25 and is led by Kat Myhand, executive chef and general manager.

Phase 2 involves a structure across the alley from the original Wilmingtonian campus, called the Riverwalk building, where crews are working on 14 guest rooms that will be executive king rooms, with living spaces, wet bars and mini-fridges in addition to king-size beds. Officials hope that Phase 2 will be open by August.

The rooms in the proposed building, which will be one of five that make up the entire ARRIVE Wilmington hotel footprint, would bring the hotel room total up to about 95 for ARRIVE Wilmington.

Schaible said one goal she has for the hotel and for the ribbon-cutting ceremony June 1 is "to have the community come and enjoy the property to its fullest just as a guest would coming into town for an event or a meeting, and utilize it as a staycation option for them."