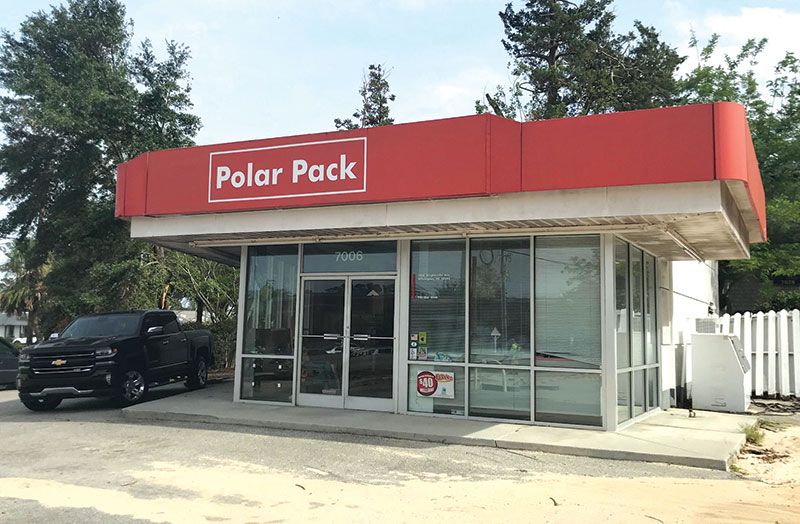 Wilmington-based Tribute Com­panies has a ground lease on the former Polar Pack convenience store with an option to buy the property at 7006 Wrightsville Ave., which is in the town limits of Wrightsville Beach. The site previously held a Shell gas station, but the fueling portion of the business shut down because two of the station’s four underground tanks were leaking.

Tribute has been cleaning up the site, including removing the tanks, and as of press time was continuing to monitor whether contamination was still in the ground while waiting for the state to sign off on the clean-up job.

At the same time, company offi­cials have been looking at ways the property, along a popular corridor to and from Wrightsville Beach, could be reused.

“This property has multiple pos­sibilities. It could be a coffee shop, ice cream store … it’s got plenty of potential uses,” Hall said.

Another option could be to create an office building with two stories, he said.

The site is not far from the bridge to Wrightsville Beach, and property in the area is in high demand when it comes to retail, Hall said.

“There’s not much available close to Wrightsville Beach for retail,” Hall said. “Nothing’s for sale.”

And property is fetching higher dollar amounts. The 3,100-square-foot structure built in the 1980s at 7037 Wrightsville Ave., which for­merly housed Chops Deli (and at one time in the past, a Taco Bell, Hall said), fetched $680,000 in August. It’s expected to become the third Wilm­ington location of Peño Mediterra­nean Grill.

Wilmington has other examples of sites where former gas stations were turned into different kinds of com­mercial projects.

Where the Starbucks sits in front of Independence Mall (soon to undergo its own transformation by owner Brookfield Properties) used to be a gas and service station. The property at 3502 Oleander Drive was transformed into the coffee shop in 2013.

In 2015, Stephen Henson turned the former gas and service station at 4718 Oleander Drive in Wilmington into the Brewer’s Kettle, a beer and wine bottle shop. The property used to be a gas station, listed in Wilmington city directories from the 1950s as Watson’s Esso Servicecenter, and one of the reasons Henson picked the shop was to take advantage of its 1940s and 1950s look.

Tribute has redeveloped a portion of the city known as the South Front District, adding not only apartments but restaurants including Benny’s Big Time Pizzeria by celebrity chef Vivian Howard and Ben Knight and Love, Lydia Bakery & Cafe.

The plans for the projects include apartments, townhomes, boutique retail, fine dining, office space and a coffee shop.

Hall said for the much smaller Wrightsville Avenue project, the developers are taking their time.

“We want to find the right fit,” Hall said, “something that can service the neighborhood and the community.”