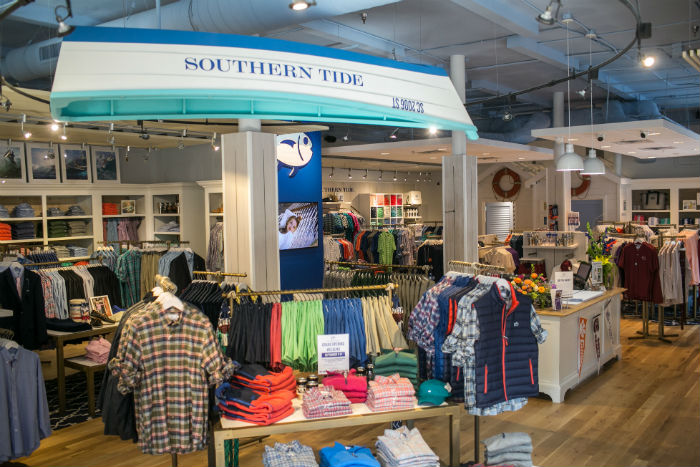 A Wilmington location of Southern Tide, a lifestyle and apparel brand based in Greenville, South Carolina, is part of the company's expansion strategy, which includes three North Carolina stores, according to a news release.

The other two are set to open in Raleigh and Asheville this summer, the release said.

After seeing success and increased brand interest with signature stores in South Carolina and Illinois, Southern Tide wants to expand its retail presence "in tandem with like-minded wholesale partners, who will own and operate these locations," according to the release.

The Southern Tide store at Mayfaire Town Center will be on Town Center Drive in a 1,500-square-foot portion of the space previously occupied by TrySports.

Southern Tide CEO Christopher Heyn said in the release, “Southern Tide is sold across the country, but we never want to forget our Southern heritage. Our new locations give a nod to the current celebration of Southern style embodying an authentic, active and classic point of view. Our new signature stores are all based in terrific communities that have immense opportunity for our brand. This retail expansion shows our continued growth across the country.”

Founded in 2006, Southern Tide marketing materials say the company is known for its Skipjack polo shirt. The firm's clothing and other products are available in 850 specialty retailers and department stores in more than 45 states, as well as online. Southern Tide is a subsidiary of publicly traded Oxford Industries (NYSE: OXM).