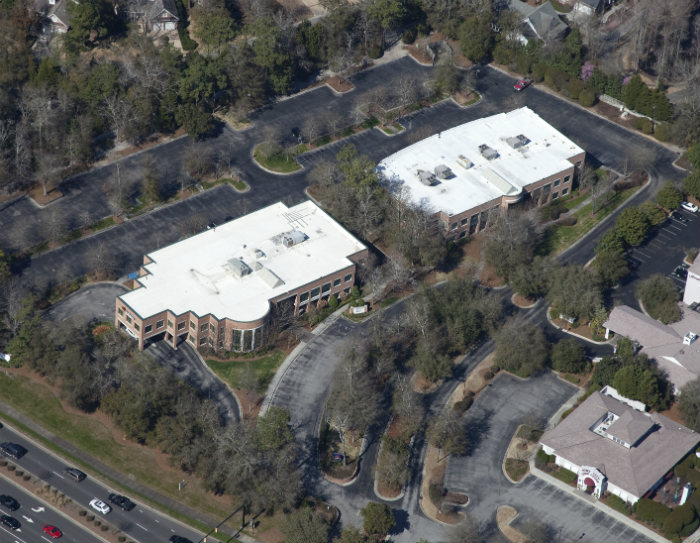 A U.S. Bankruptcy Court judge approved the sale April 28 as part of North-South Entity's Chapter 11 plan, according to court documents.

The combined size of the Landfall Park buildings is 56,000 square feet, the CFC release said. Tenants include SunTrust Bank, Chemtex International, Quintiles and UBS Financials, among others.

The release said the buyer plans to immediately begin working with a designer to cosmetically update the buildings and complete maintenance renovations.

“We view this as a great opportunity to make some necessary improvements to two of the best office buildings in the region in order to capitalize on their terrific location, being close to Landfall and Wrightsville Beach,” said Chris Ramm of Taylor Development Group, in the release.

With 2,365 square feet of space currently available, the buildings will be able to accommodate larger users in the near future, according to the release.