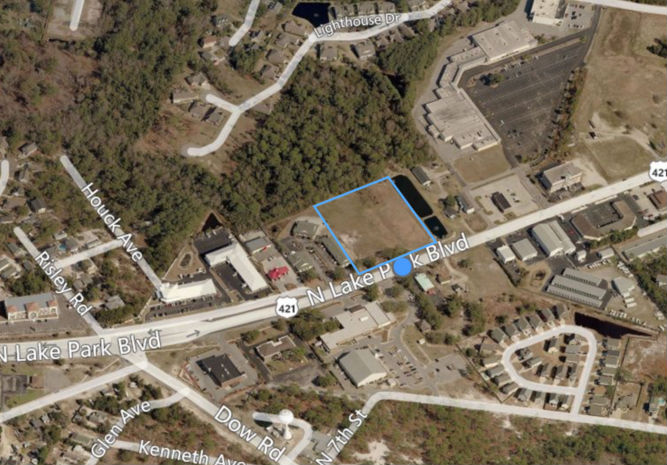 A Southern Pines firm recently bought three parcels at 1128, 1130 and 1136 N. Lake Park Blvd., totaling about 2.8 acres, with plans to build a Dollar General. Par 3 Development paid a little more than $1 million for the land April 7, according to a news release from Eastern Carolinas Commercial Real Estate.

Garry Silivanch, broker in charge at ECCRE, and his son, Nicholas Silivanch, partner and vice president of retail leasing, represented the seller, Myrtle Grove Properties LLC, in the transaction.

The Dollar General isn't the only development planned along the Pleasure Island town's main thoroughfare. City officials recently granted a change to a conditional use permit for a new Harris Teeter. The chain plans to build a grocery store and gas station in the 1000 block of N. Lake Park Blvd.

Other development proposals that town officials are reviewing include a potential Huddle House at the corner of Hamlet Avenue and South Lake Park Boulevard and offices designed for contractor use at 1322 N. Lake Park Blvd., said Ed Parvin, assistant town manager and director of planning and development.

Earlier this month, town officials and other local leaders celebrated the opening of the Carolina Beach Boardwalk's northern extenstion project.

Parvin said residential development also continues in Carolina Beach, at the rate of about 80 to 100 homes a year in recent years.