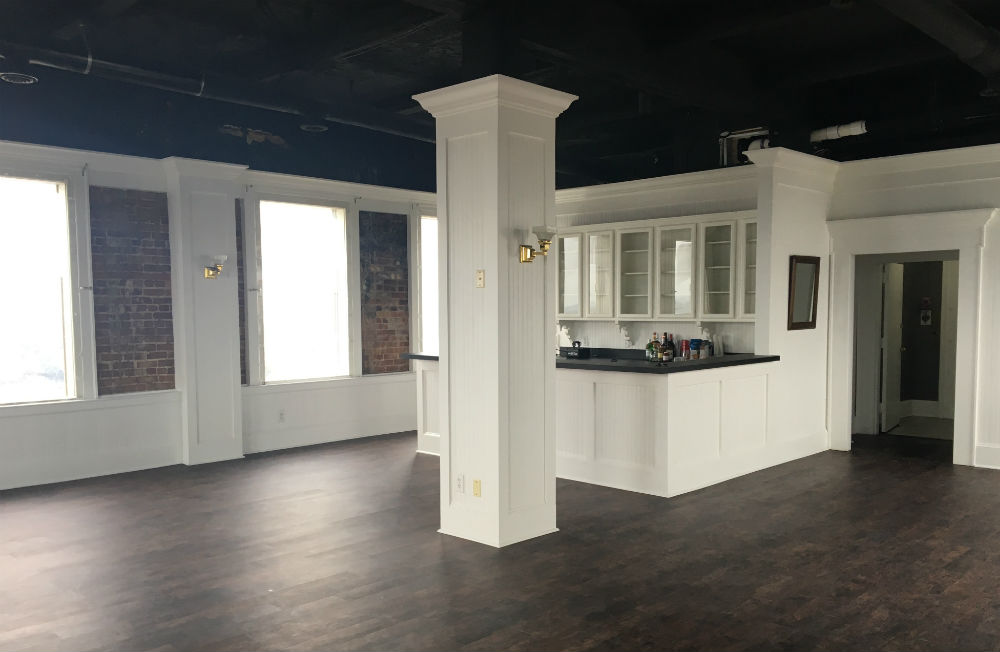 The Penthouse, newly renovated space on the ninth floor of the Trust Building at 2 N. Front St. in downtown Wilmington, is a new event center operated by event planner Jesse Davis that can hold up to 50 people. (Photo courtesy of Jesse Davis)
Jesse Davis is putting the finishing touches on a new event space in downtown Wilmington, the 1,350-square-foot penthouse on the ninth floor in the historic Atlantic Trust Building at 2 N. Front St.

Davis previously lived in Los Angeles and hosted stars as VIP manager at The Abbey, a gay bar in West Hollywood where he befriended iconic actress Elizabeth Taylor. Raised in Winnabow, Davis moved back to the Wilmington area in 2013.

An event planner for seven years, Davis owns Jesse Davis Events & Personal Assistance, recently planning a Christmas party for PPD at Pier 33 and The Forum's first tree-lighting celebration. After working for others during much of his career, Davis said he was ready to branch out on his own.

"After a while, you just kind of want to do your own thing," the Landfall resident said. "I'm 35, so you get to the age when other things are more important than who's who on the red carpet. I moved back here and it was the best decision I ever made."

Davis said he's calling his new space The Penthouse, which can hold about 50 people and includes a bar and rare views of some of Wilmington's most famous landmarks, including the Battleship North Carolina, the Cape Fear Memorial Bridge, and downtown's many church steeples.

He said The Penthouse, which he has renovated extensively, can host bridal showers, birthday parties, small wedding rehearsals and office meetings, among other events where clients want and need a smaller space.

Built around 1912, the nine-story Trust Building has housed banks and offices through the decades, and this year, an escape room called The Exit Games opened on the second floor.

More recently, another previous Los Angeles resident opened a photography studio and gallery on the seventh floor of the Trust Building. 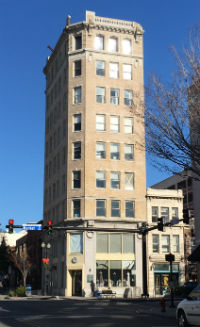 "It's beautiful. It's right in the middle of Wilmington, downtown Wilmington. It's like the cultural center of this place. It's so cool," said Marcus Anthony, owner of Marcus Anthony Photography, who opened his studio Dec. 10. "The space is just gorgeous, the views are gorgeous and it's wide open. It's got the industrial feel so it's perfect for my purposes, for a studio."

Anthony specializes in portraits, including bridal portraits, and some of his landscape photography is hanging in his studio.

Both Anthony and Davis leased their spaces in the Trust Building (shown at left), where each floor is owned by different individuals. Commercial broker and residential Realtor Christian Cardamone represented the landlords in the leases.

Cardamone said the furnished, recently renovated third floor, the industrial-style shell space on the fourth floor and the fifth floor in the commercial building are still available for tenants.

Davis and Cardamone say the new tenants are bringing new life to a landmark structure.

"It's really waking this building up," Davis said.