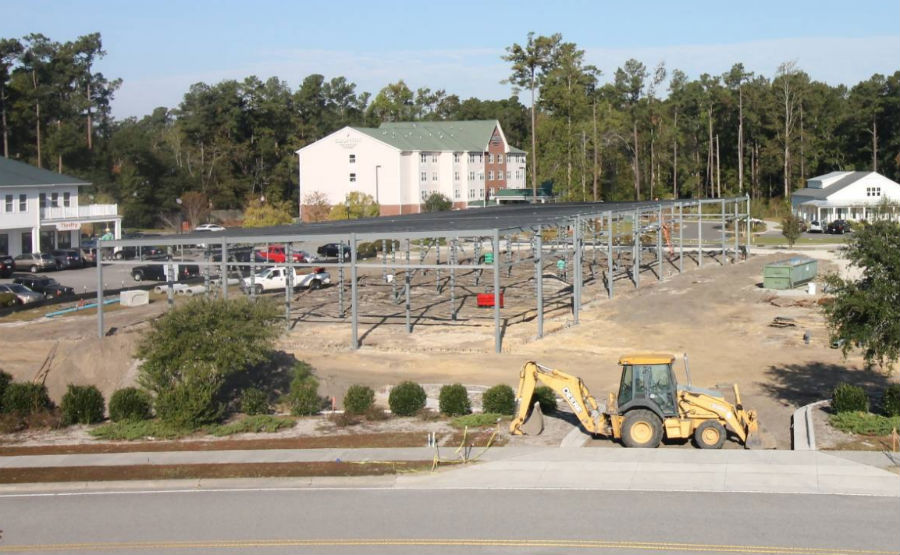 What’s planned: Eight retail units ranging from about 1,500 to nearly 4,700 square feet. One is expected to contain a salon, leaving seven available for lease, including two end-caps ideal for restaurant use with fenced patios and drive-thru lanes, according to a news release from Turnstone Partners.

Developers and builders: Turnstone Partners, the firm that will be in charge of leasing at the center, and KPL Investments are co-developers of the project. Chambliss & Rabil is the general contractor.

What’s next: The center is expected to be complete in spring 2017, the news release said.