Port Of Wilmington To See Largest Ship In Its History 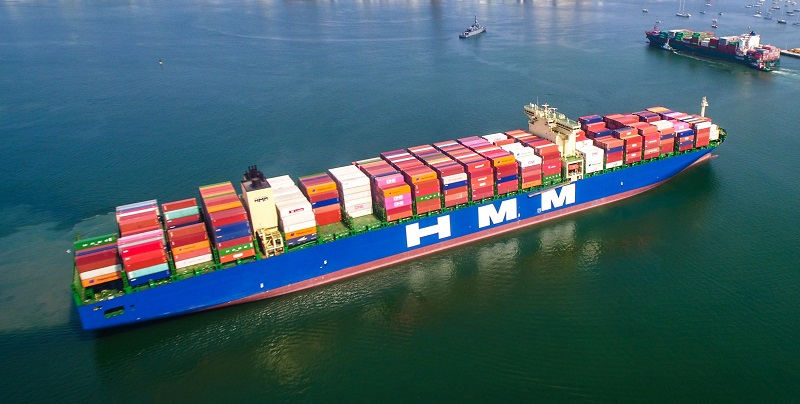 The MV Hyundai Hope was slated to arrive off the North Carolina coast at about 3 p.m. Wednesday and begin its journey up the Cape Fear River to the Port of Wilmington shortly after, according to the ports' Facebook page.

The container ship has a carrying capacity of nearly 14,000 TEUs (20-foot equivalent units) and is one of the largest vessels visiting ports along the East Coast, according to a news release.

The MV Hyundai Hope is operated by Hyundai Merchant Marine (HMM) in partnership with THE Alliance, linking Asia and South America to Wilmington, stated the release. On April 1, HMM officially joined THE Alliance, which is made up of three additional ocean carriers: Hapag-Lloyd, Yang Ming and Ocean Network Express (ONE).

“This is a monumental milestone for North Carolina Ports, the Port of Wilmington and the entire state of North Carolina. This has been years in the making and seeing our hard work and dedication come to fruition with the arrival of the MV Hyundai Hope is truly something to celebrate,” said Paul Cozza, N.C. Ports' executive director, in the release.

Over the years, N.C. Ports has been making improvements at the Port of Wilmington through its $221 million capital improvement plan.

That plan included the addition of three new neo-Panamax cranes; the opening of 2,600 contiguous feet of docking space; and a second-phase expansion of the turning basin in the Cape Fear River, just north of the Port of Wilmington.

Container ships enter the mouth of the Cape Fear River via the Atlantic Ocean and travel upstream to the port. The expanded turning basin has more room for these large container ships to turn around and head back out to sea.

The plan also included raising powerlines that cross over the river to improve the air draft for incoming ships.

These four major capital improvement projects combined enables the Port of Wilmington to service these 14,000 TEU ships, and also enables the port to simultaneously work two of these vessels at its berth.

Enhancing the Port of Wilmington’s infrastructure to support the largest vessels calling on East Coast ports has long been a focal point of the NC Ports' capital improvement plan, officials said in the release.

“Our team and Board of Directors recognized the importance of improving our infrastructure to support the growing vessels able to reach the United States following the expansion of the Panama Canal in 2016," said Brian Clark, N.C. Ports' COO. "Since then, we have been working tirelessly to modernize our facilities in preparation of this historic moment."