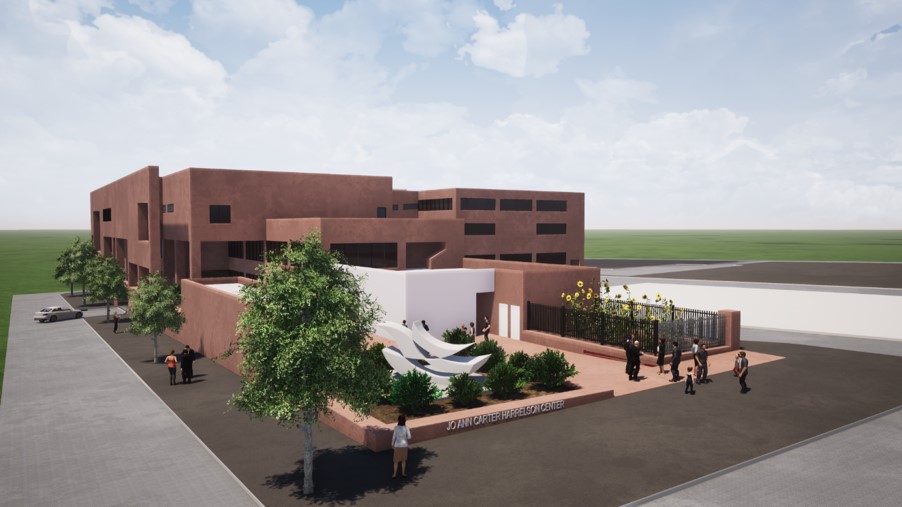 A $1.8 million construction loan will help complete renovations at The Jo Ann Carter Harrelson Center Inc., a campus for nonprofits in downtown Wilmington. (Rendering courtesy of the The Harrelson Center)
In a place where jail cell doors used to clank shut, space for more nonprofit organizations is taking shape in downtown Wilmington, aided by a $1.8 million construction loan.

The Jo Ann Carter Harrelson Center Inc. has received a loan from South State Bank to complete renovations to the former law enforcement center and jail tower, helping it to go from 30,000 to 60,000 square feet, a news release stated.

The loan funds construction of an event venue that is integral to the expanded campus and renovation to two floors in the former jail tower for nonprofit office suites, according to the release. The event venue can be used for numerous activities, including training sessions and board meetings, and will also be available to the community to rent.

"It's life-changing for many people," said Meade Van Pelt, executive director of the center, of the basic-need services that organizations provide at the center, from help with housing to mental health. "It's a true place of connection."

Named the Vicki Dull Annex, for the second executive director of The Harrelson Center and reflective of a major gift, the expansion is expected to be complete in early 2021, the release stated.

"This has just been a dream for so long, to actually see it come to life now ... it's a thrill," Vicki Dull said during a tour of the center Tuesday.

Tom Barber, vice chairman of The Harrelson Center Board of Directors, said in the release, “The operational stability the Harrelson Center brings to our non-profit partners allows them to focus on meeting their mission and responding to broader community needs.”

The remaining money completes the renovation budget of $5 million, $3.5 million of which has already been raised in gifts and pledges. The Harrelson Center’s Unlock Hope capital campaign is underway to raise the remaining funds to repay the loan.

The demolition at the center, which began in November 2019, represents the second phase of the campus overall remodel, according to the release, the first phase having been completed in 2015. The second phase includes: The Harrelson Center opened in the former law enforcement center, which was built around 1978, about 16 years ago.