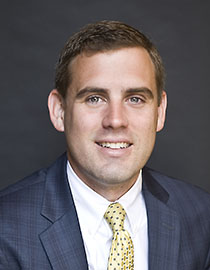 Josh Hallingse
The Wilmington Chamber of Commerce has created a new position to oversee its small business development efforts and has named Josh Hallingse to the role.

Hallingse will become the chamber’s vice president of small business development and business retention, according to a news release from the chamber. He will assume his role Nov. 1 and will report directly to chamber president and CEO Natalie English.

This initiative is supported in part by $181,000 in funding this year from New Hanover County that was part of an $881,422 package of strategic economic development initiatives included in the county’s 2021-22 budget. That allocation is designed to “encourage private investment, support small business retention, expansion and recruitment, develop an apprenticeship program, bring more diverse and higher-wage jobs, and enhance quality of life,” according to a June 7 news release from New Hanover County.

The county has “committed to a three-year partnership with the chamber to provide this initiative,” English said Monday, adding that the chamber will invest additional resources to ensure the success of this effort.

In each of the next two years, New Hanover County will allocate an amount not to exceed $181,000 to the chamber to continue its development and retention program, county spokeswoman Jessica Loeper said Monday.

Once Hallingse is on the job, he and other chamber officials will work with county staff to set goals for the initiative, English said. The chamber will operate alongside the efforts of other economic development agencies in this endeavor.

“The chamber initiative will work in partnership with WBD [Wilmington Business Development] and the focus they place on industrial and larger job numbers,” English said.  “We will focus on retaining and supporting the expansion of existing small businesses as well as attracting smaller projects with an interest in locating in our community.”

Hallingse has served as executive director for the Transylvania Economic Alliance, leading the alliance’s economic development program since 2015, according to the release. Before that, he spent six years with the Henderson County Partnership for Economic Development as the director of existing industry. Earlier experience included serving as a senior project manager for the Charlotte Regional Partnership, where he was responsible for business development activities.

He has served two terms on the Blue Ridge Community College Board of Trustees and is a current N.C. Economic Development Association board member.