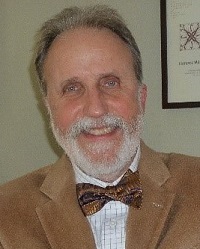 George Edwards submitted his notice to retire effective on Dec. 15, Walker Abney, president of the Board of Trustees of Historic Wilmington Foundation, announced in a news release Tuesday. Edwards has held the position as executive director of the foundation since 2004.

November will mark Edward's 13th year with the organization. He is the longest-serving executive in the foundation's 51-year history, officials said in the release. The Historic Wilmington Foundation has been established in the Wilmington region since 1966.

"I feel good about my decision … but I think the next chapter should be fun too," Edwards said Tuesday.

“I think there are changes in life and this is one of those good times to make those changes. I am fortunate enough that I am in good health,” Edwards said. "Professionally, I have achieved a lot here and I think I am leaving the foundation in the best possible shape that affords a new person a great platform in which they can start.”

During Edwards’ tenure, the Historic Wilmington Foundation's mission was redefined and the service area broadened to include Brunswick and Pender counties.

“Here, since I came on board, between the revolving fund utilization and the acquisition of preservation easements ... I will guess that we’ve had a hand in saving [and] protecting at least 30 properties,” Edwards said.

In one example of preservation efforts in recent months, Edwards has expressed his concerns and those of the foundation over the potential redevelopment of a county-owned block in downtown Wilmington. One potential scenario for the redevelopment project, dubbed Project Grace, that consultants and county planners have presented to officials includes tearing down the building that currently houses the main branch of the New Hanover County Public Library. The building is a former Belk department store that Edwards has said is one of only a few examples of mid-century modern design in downtown Wilmington.

Edwards moved to Wilmington from Richmond, Virginia, and is now in his 32nd year in the preservation field. He has worked for local and statewide non-profit preservation organizations, as well as spent seven years in the Main Street downtown redevelopment field.

Most recently, he was appointed as chair of North Carolina’s National Register Advisory Committee.

Edwards completed his master’s degree in heritage preservation at Georgia State University in 1986. Before moving into historic preservation, he had worked in higher education for almost 11 years and was in college textbook sales and publishing for two years.

Edwards said he has enjoyed seeing the growth of modern historic preservation, adding, "not often do we get to work in a career that’s been on the rise in your lifetime."

His work isn't quite finished. Edwards said that after a break, he plans on returning to the field to either volunteer or work part-time with similar organizations. He and his wife, Angie Edwards, who also works at the foundation as its membership and preservation services coordinator, plan on relocating but possibly staying in North Carolina. Angie Edwards will remain with the organization until a new executive director is in place, George Edwards said.

The board will form a search committee to fill the director's position, Abney said.

George Edwards said he looks forward to a new individual coming in with great energy and new visions, as well as training and experience that is current, including a good knowledge of social media tools.

During his time with the foundation, George Edwards said he hopes he, the board and current staff have laid the path for "next generation of leaders to take the organization further."

"George has strengthened the organization and is leaving us in a very good position to attract a highly qualified candidate who can build on our accomplishments and move us to new heights. The board is grateful to George for his years of service,” Abney said in the release.

Abney and fellow board members all expressed praise for Edwards for his work and dedication to the foundation, and to the historic preservation movement in Wilmington and the Lower Cape Fear region. Abney added that Edwards has been "the face of the foundation and preservation in the community for years and he will be missed."

“The foundation is in its strongest financial position in many years and the organization has built an impressive array of programs to educate the public about the advantages of preservation,” Abney said.

New initiatives begun by Edwards include the partnership with New Hanover County Schools to implement the award-winning Tar Heels Go Walking guide program, the annual Most Threatened Historic Places announcement and the effective traveling exhibit used to educate the region about the value of the area's historic built environment, according to officials.

The foundation also reopened its architectural salvage operation after a 10-year hiatus.