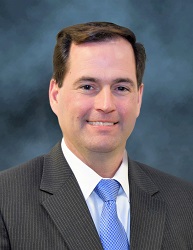 Brian Clark, has worked 20 years in the maritime industry, including roles in senior operations positions, according to a news release from N.C. Ports.

Clark previously served as managing director for APM Terminals at Port Elizabeth in New Jersey, where he was responsible for directing the overall operations of a 350-acre marine terminal with on-dock rail facilities, handling nearly 500 vessel calls, 800,000 marine lifts, 150,000 intermodal moves and more than 1 million gate moves annually, according to the release. He also spent four years as project director for APM Terminals at Mobile’s container terminal.

Clark will replace Jeff Miles, who has served in N.C. Ports as COO for the past 12 years. Miles will help Clark transition into his new role with the ports over the next couple of months, N.C. Ports spokesman Cliff Pyron said.

Pyron said he did not have information about the reason for Miles' departure at this time.

“We have already established a great on-terminal experience for our customers at North Carolina Ports,” N.C. Ports Executive Director Paul Cozza said in the release. “As we continue to grow, it is absolutely vital to our success to reinforce the operational efficiencies we’ve become famous for. Brian’s key leadership role will help us navigate that growth tomorrow and into the future.”

At N.C. Ports, Clark will direct and coordinate the activities of the line and staff components of all terminal operations. He will also oversee the execution of the infrastructure investment plan and contribute to the development of business strategy and indirectly assist in the expansion of the ports’ global customer base, according to the release.

N.C. Ports also includes the Port of Morehead City and inland terminals in Charlotte and in Greensboro.