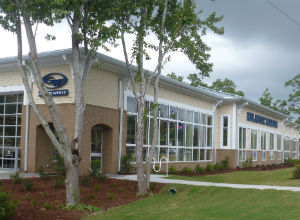 “McKinley Building Corp. handled the project, and they did a great job,” said Atlantic Marine president David Floyd. Floyd said he purchased the property, near the intersection of Oleander Drive and Wrightsville Avenue, about three years ago but waited to build the new facility until the market for boats showed real signs of a resurgence.

Floyd estimated that the new building contains about $3 million of new boat inventory. He said h 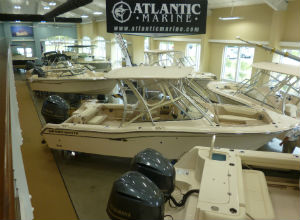 e has added two new salespeople, bringing the entire staff to a total of nine.

Traffic at the new location has been much higher than it was at the company’s Wrightsville Beach location at 101 Keel Street, he added. That waterfront facility now provides service and boat storage.

Atlantic Marine has two other locations: a boat commissioning site on Wrightsville Avenue and another site near the Wilmington International Airport that does boat winterizing and provides winter storage for watercraft.