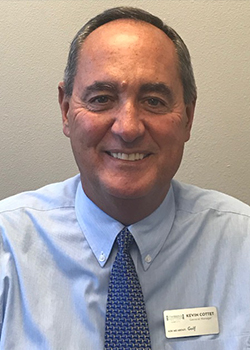 Cottet won Lodging Employee of the Year for his work ethic and commitment to the industry.

In accepting the award, Cottet said, “I am honored and humbled, especially in light of the high level of leadership talent in the many restaurants and hotels in our state.”

He added later, “This would not have been possible without the forward thinking operators at Beacon IMG, our management company.”

Sixteen members from North Carolina’s hospitality community and two members of the N.C. General Assembly were acknowledged for their steadfast commitment to the populations they serve, according to a news release.

“Our annual Stars of the Industry awards are an excellent way to celebrate the exemplary performance and dedication that each of these recipients display to their team and the guests they serve,” said NCRLA President and CEO Lynn Minges, in the release. “We are proud to recognize the hardworking men and women that make North Carolina such a prominent place to work, play and visit.”

Two members of the N.C. General Assembly, Rep. Becky Carney (D-Mecklenburg) and Sen. Jerry Tillman (R-Guilford), were also recognized “for their consistent support of the state’s business growth,” according to the release, “while hospitality recipients were selected based on their exemplary service, leadership, innovation and dedication to the restaurant and lodging industries.”

The N.C. Restaurant and Lodging Association, which represents the state’s $23 billion restaurant, foodservice and lodging industry, held the industry awards ceremony in Raleigh earlier this month.