Contributed by Dr. Edward Graham, Professor of Finance and Real Estate at the Cameron School of Business, UNCW

Economic or financial risk is generally of two types: systematic and non-systematic. Non-systematic risk is risk that impacts a specific asset or group of assets – like a UAW strike impacting Ford and GM, or Mad Cow Disease impacting Wendy’s or McDonalds. Systematic risk concerns itself with factors that impact the entire economy, like the housing and financial crisis of eleven or twelve years ago motivating the Great Recession. The Covid “pandemic,” in turn, now manifests itself as a clear example of systematic risk, impacting the whole economy. But the pandemic has impacted some sectors of the economy far more than others.

The real estate business, and real estate values, for example, have been affected. The housing market appears to be an “early winner,” with home sales down far less than expected, and home inventories near all-time lows. Homebuilders are doing surprisingly well. Home sales are still below “normal,” but seem headed to at least 90% of the normal level. The impact for  commercial real estate (CRE), however, has not been positive.

The industrial sector – primarily warehouses – may have suffered the least. But CRE in general, especially the hospitality industry – restaurants and bars and hotels and convention centers –have been adversely impacted across the country. The hospitality sector has seen business collapse; hotel vacancy rates of 60% or more have been the norm since mid-March. The gravest impacts have been in cities like Las Vegas and New Orleans, which depend upon tourism and conventions. Those events are largely on hold, and those cities may recover as the economy “reopens.” Longer term impacts in the hospitality sector, including Wilmington, are uncertain.

CRE leaders have shared some remarks of late that portend intermediate and longer term patterns for the sector, and their comments are noteworthy. Hessam Nadji, CEO of Marcus and Millichap, believes there will be “structural changes” in the office sector, but that it is “premature to announce the demise of office space.” But others don’t fully agree. A spokesman on a recent CBRE WebEx noted the “dislocations in global real estate markets.” He said that even the industrial sector has “dropped since March due to Covid.” And consumer returns to retail shopping, and to shopping centers, are uncertain. These are uneasy times in commercial real estate, and it is not clear how much rents need to come down to motivate the absorption of emerging vacancies; the impact on CRE values is also uncertain.

This pattern has not yet evolved in Wilmington, but larger cities may experience significant impacts soon. Richard Barton, the CEO of Zillow, carefully suggested in an interview on CNBC, that home offices are becoming the norm. He allowed that two thirds of current “zoomers” would favor more time in the home office in the future. He suggested that five years of “remote transitions” have been compressed into three months. His comments were echoed by Pat Gelsinger, the CEO of VMware in Palo Alto, CA. Mr. Gelsinger holds that “working from home will be the new normal.” Telemedicine, underscored with the pandemic, frames this expectation. Many medical workers are able to work from home, as well. The same is true of legal services and finance; while the occasional presence in an office setting might be desired, a “full-time” office could be the exception.

As the economy re-engages, especially in the larger urban areas (this probably excludes Wilmington), getting folk back to their old “hot” desks will prove problematical. While employee wishes for “social distance” might imply a need for larger offices by organizations in any city, those same organizations have witnessed sustained remote productivity in many cases, and the idea of reducing fixed costs (like rents) has to be attractive. Mr. Nadji holds that recent surveys reveal that “75% say they plan to go back to their offices,” but what of the other 25%? Could this imply a city’s downtown office vacancy of 10% moves up to 25% or more? Jack Dorsey, the CEO of Twitter, has said that his employees can “work remotely forever.” What about “co-working” and “shared space?” These all come with lower office needs.

An aversion by office workers and big city residents to “vertical density” has been in the news; many people don’t wish to live or work in crowded multi-story buildings with packed elevators and shared facilities. Recent cell-phone usage in New York City reveals that 15% of the residents of Manhattan have left, and not returned. Will they permanently return? One thing is certain: the families that have left are largely from the wealthiest households, owning a second home or with ample resources to fund an exit during the pandemic. Will those families wish to return? To New York City, or Philadelphia or Boston? Or San Francisco or Chicago? What would the impact be on the office and housing needs in those cities if just 10% of their wealthiest residents left the urban core? Might “urban flight” be a harbinger of a whole new pattern in urban living in the US? Might cities like Wilmington, with its relative lack of vertical density, become more attractive as a result? Might suburban one-story offices be the “new norm” for the wealthiest businesspeople from the largest cities?

Answers to all of these questions will be revealed in the months, and years, ahead. Once the world is able to develop and deliver an effective treatment and vaccine for COVID-19, its varied markets will still need to adapt to new and expanding expectations and perceptions. Imagining a full college football stadium, or NASCAR event, or NCAA basketball game is tough right now, but each will recur in some fashion. But the attendance at those events, the population of densely populated urban cores, and the number of occupied seats on flights from ILM or CLT or RDU, are still uncertain. The same is true of real estate – how the commercial sector exits “on the other side” is almost anybody’s guess, but the industry will certainly be changed.


Robert T. Burrus, Jr., Ph.D., is the dean of the Cameron School of Business at the University of North Carolina Wilmington, named in June 2015. Burrus joined the UNCW faculty in 1998. Prior to his current position, Burrus was interim dean, associate dean of undergraduate studies and the chair of the department of economics and finance. Burrus earned a Ph.D. and a master’s degree in economics from the University of Virginia and a bachelor’s degree in mathematical economics from Wake Forest University. The Cameron School of Business has approximately 60 full-time faculty members and 20 administrative and staff members. The AACSB-accredited business school currently enrolls approximately 2,000 undergraduate students in three degree programs and 200 graduate students in four degree programs. The school also houses the prestigious Cameron Executive Network, a group of more than 200 retired and practicing executives that provide one-on-one mentoring for Cameron students. To learn more about the Cameron School of Business, please visit http://csb.uncw.edu/. Questions and comments can be sent to [email protected].

T’was The Last Month Of The Year

Leadership: Today and into the Future

The ROI in Your Own Backyard

The Business Case For Mentoring

A Powerful But Underutilized Tax Subsidy For U.S. Exporters

Master of Science in Accountancy Opens Door To Exciting Careers

The Return On Investment Of Executive Education

Socialism Or Capitalism? The Debate Comes To Campus

Cameron School of Business In The Community

Do Your Homework To Understand Educational Offerings

Your Next Resource: A Cameron School Of Business Intern

How The Ban-the-Box Initiative May Change Your Hiring Practices

Bridging The Skill Gap With The SBTDC

The Value Of Project Management

Making The Most Of Customer Feedback

A Master’s Degree Is The New Bachelor’s

How To Succeed In International Business

The Power Of Mentoring

Adam Jones To Take On The Role Of Regional Economist

Partnerships With The Business Community

The Importance Of Sales Training

Entrepreneurship Education At UNCW: Preparing Students To Capitalize On Opportunities

The 'Gold Standard' For Business Schools

The End Of An Era

What Statistics Tell Us About The Local Economy

The Advantage Of Pursuing Your MBA At A Local University

The Goodness Of Business

Educational Opportunities – Both Overlooked And Available

The Business Of Thankfulness

The Housing Bubble, The Cameron School And Real Estate

The Economy: Will This Expansion Be Showing Signs Of Life?

Show Me The Training

What’s Change Got To Do With It? 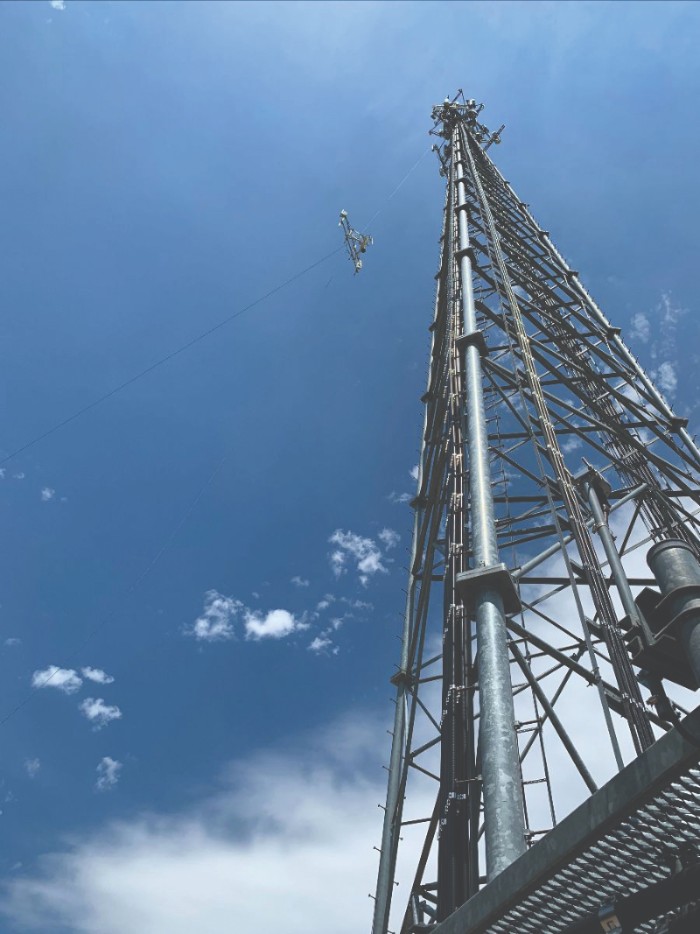