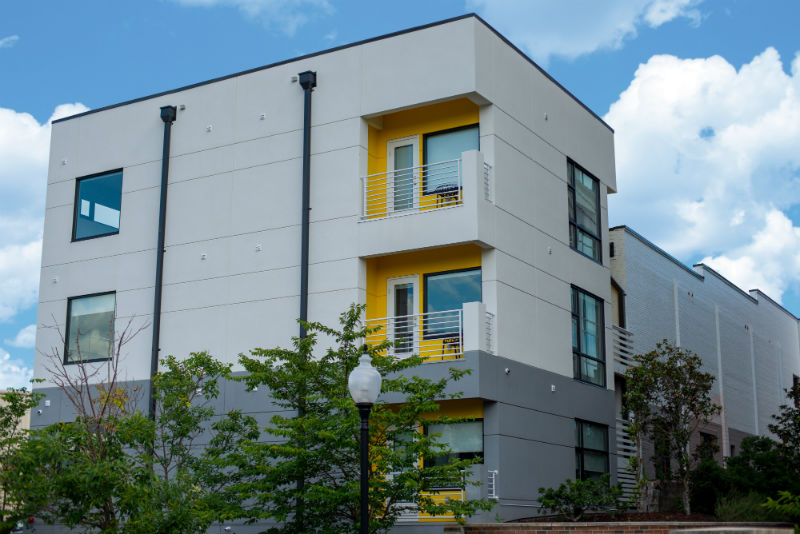 The Hive, a boutique hotel at 505 North Second St., has opened six suites and will open the remaining eight in October. (Photo Courtesy of The Hive)
A new hotel concept is fully opening in October in downtown Wilmington.

The Hive, a boutique hotel at 505 North Second St., has opened six suites in June and will open its remaining eight rooms during the first week of October, after repairs are done from Hurricane Florence damage.

A boutique hotel is a smaller, 10- to 100-unit accommodation that usually features modern decor and higher-end amenities.

The hotel project is the work of Robert Rosenberg, the owner of the property, and Kaylie O’Connor, its developer.

O’Connor said Rosenberg bought the original building in 2009 and initially rented eight apartments on long-term leases, with one used to house Monacares, a former online caregiving program that was founded by Rosenberg.

Eventually, the apartments were used for Airbnb rentals, and as Rosenberg was building six new suites, Hurricane Florence stormed through the region taking the roof off the building and damaging all apartments, requiring the whole building to be gutted, she said.

“In the process of breathing and rebooting, Robert and I, along with local interior decorator, Robin Hertzog, worked together to create the new, boutique hotel experience that is The Hive,” O’Connor said.

The hotel offers everything expected from a regular hotel such as high-speed internet and blackout shades, but it also offers more deluxe amenities, she said.

One aspect that makes The Hive different from a regular hotel is its limited-service.

“Limited-service means that unlike a traditional hotel, we do not have a front desk, room service or 24/7 staff on-site,” she said. “Instead guests book via our website or channels like Expedia and they’re sent a secure keypad code to access their private entry suite.”

Staff is available to answer questions or address concerns but will not be there physically, making The Hive draw from a higher-tech hospitality model that originated from platforms like Airbnb, O’Connor said. 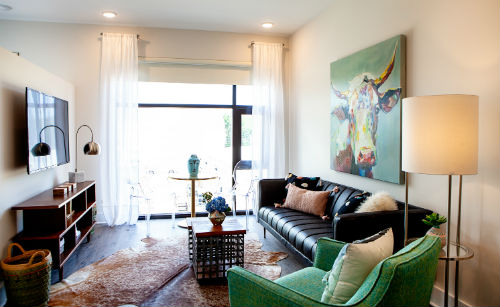 Another aspect that makes The Hive different is its décor, put together by Hertzog.

“We decided early on that the interior design, including unique furniture and decor and original art, would be a big part of what sets us apart and we couldn’t have been more right,” O’Connor said. “Hertzog did a wonderful job using a mix of new furniture pieces, original art (he) already owned and vintage finds from places like local Ivy Cottage. Almost every review we’ve received since June, the style and decor are cited as a huge plus and a reason they’ll stay with us again.”

The Hive caters to different sorts of guests that want a different experience with their stay.

“They’re people coming to Wilmington as tourists or to attend an event like a wedding who are looking for a little more than a traditional hotel,” O’Connor said. “We’ve also gotten a lot of extended stay guests, for example, business travelers in the film industry, who need the amenities of a home, but don’t need a whole house.”

She said when all 14 suites are open, The Hive hopes to draw group rentals for events such as corporate retreats or family reunions.

Being on North Second Street means the boutique hotel is in an area with a lot of developments, O’Connor said.

“Our neighborhood was once considered a sleepy area of downtown, but that’s quickly changing with Cape Fear Community College, the Brooklyn Arts District, the new restaurants and bars popping up on side streets like Rum Cow on Grace Street and the tremendous amount of growth happening on the riverfront,” she said.

Developers are also working on a 900-square-foot cafe at The Hive, featuring quick bites to serve guests and also CFCC students, locals and tourists.