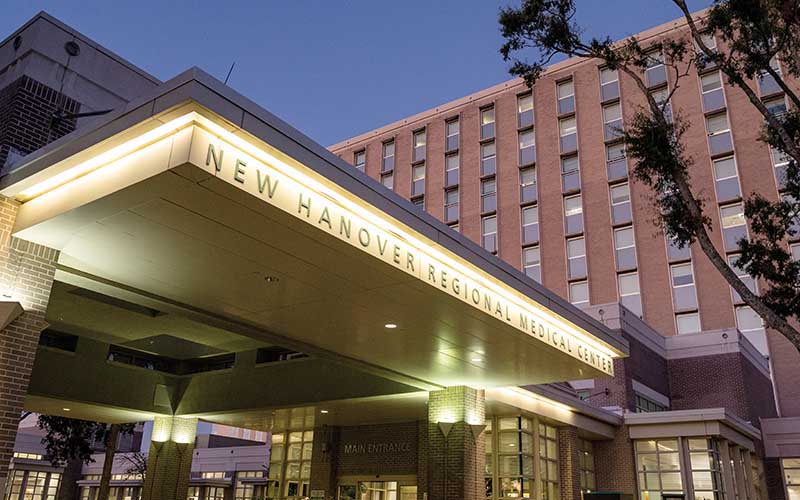 The decision paves the way for the sale to close Feb. 1, transferring ownership to Novant, a not-for-profit health system based in Winston-Salem.

N.C. Attorney General Josh Stein said he will not block Novant’s purchase of the county-owned NHRMC system as long as certain conditions are included, such as increasing transparency for the new community foundation created to receive and invest $1.25 billion coming to the county from sale proceeds.

“As a result of negotiations with the Attorney General’s Office, the parties have agreed to increase the new endowment’s transparency, its accountability to the public and the representativeness and independence of its board of directors,” a news release Thursday stated. “Negotiations also resulted in stronger commitments by Novant/NHRMC to continue to provide critical medical services to the people of New Hanover County and the region.”

Under state law, Stein had the authority to review the NHRMC deal since it’s a nonprofit corporation substantially selling all of its assets. The office looked at the deal with Novant to make sure it didn’t violate the state’s antitrust laws. When a county sells a hospital, state law also outlines six consumer protections that have to be maintained, from indigent care levels to the availability of certain clinical services.

Stein's push for greater transparency by the endowment reflected concerns expressed to his office during the review process by area residents, many of whom were aligned with the anti-sale group Save Our Hospital. Gene Merritt, president of Save Our Hospital, said Thursday that the group did not have a comment on the decision, just that "Our position has not changed since the process began."

Some of the negotiated updates include:
• having the endowment form a community advisory committee;
• adding two board members with experience working on the issues the endowment will support such as public health, support to underserved populations and promotion of racial equity and justice, making it a 13-member board;
• doubling the number of reports to the public on grants and other distributions from two to four disclosures annually;
• and holding two public listening sessions for input on how the endowment should distribute funds.

In addition, Stein called for more diversity on the endowment’s board.

“The current endowment board of directors is disproportionately male, and the composition is not proportionate to the Hispanic community … the board agrees that, as the board continues its business on behalf of the endowment, it shall take the interests of the community’s Latinx population into account,” Stein said in an amended summary of the sales agreement’s provisions.

“The Community Endowment Board is obviously excited about this announcement and truly believes this is the best outcome for our community,” Spence Broadhurst, board chair and president of the New Hanover Community Endowment, said in a separate news release from the county Thursday. “We have been working directly with the Attorney General’s office on these enhancements and believe they are directly aligned with our board’s commitment to transparency and vision of a community-driven endowment.

"We look forward to fully engaging our community as we develop our strategic framework. Our entire board is passionate about changing lives, strengthening our community organizations and making a lasting impact for generations to come,” Broadhurst said.

Thursday’s approval of the $1.5 billion sale formalizes Novant’s commitment to also spend $2.5 billion on capital expenses over the next decade and $600 million on routine capital expenses as well as $30 million annually to expand a graduate medical education program with UNC at the Wilmington campus. The agreement also provides $300 million for a county revenue stabilization fund and a $50 million mental and behavioral health and substance use disorder treatment fund.

The overall agreement also highlights plans for expanded charity care, raising the qualification level from 200% of the federal poverty level at NHRMC to 300% at Novant.

Stein said that the negotiated changes to the deal “were shaped by a thorough review of transaction documents and valuable insight from community leaders.”

He said that while he thought the negotiations “resulted in stronger health care protections for the community and a more representative, more transparent, and more accountable endowment,” he still had concerns about his office’s authority over mergers and acquisitions in the hospital industry.

“Community hospitals are being purchased and merged into large healthcare systems all across our state,” he said in the release. “I have real concerns about what this means for the future of healthcare in North Carolina.”

Stein said he wanted to discuss with state legislators whether to look at a more comprehensive review system.

“Right now, my office has limited authority when conducting reviews of this nature,” he said. “Under today’s state laws, we review transactions to ensure that the minimum requirements of state law are met; state law does not grant my office a discretionary approval right.”