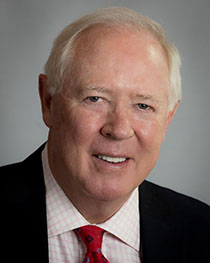 David Hoff
There is an old maxim that says that the only thing you can depend on or that is inevitable is change.

When you ask most people whether they like change, most will tell you, “Yes, change is good.”

When you suggest a specific change, that is when resistance arises, and concerns are raised.

An example of that kind of change was announced here in Southeastern North Carolina at New Hanover Regional Medical Center. New Hanover County Manager Chris Coudriet and NHRMC Chief Executive Officer John Gizdic announced their intention to explore the idea of a sale of NHRMC. My immediate response at the time was, “Why would they do this? What problem is this going to solve?”

On Aug. 26, I attended a session of the Greater Wilmington Business Journal’s Power Breakfast series where Coudriet and Gizdic were the featured speakers. I came away from the session with a better understanding of the process they intended to use.

I was unaware that you could not even start a conversation about other forms of organization or ownership without first calling the topic to question among the county commissioners.

The commissioners will entertain that question at their meeting Sept. 16, and a determination will be made whether any further action will be taken.

I do appreciate Gizdic’s position on exploring what – if any – options are out there. I do think an organization is in a position of strength when it is financially healthy as opposed to having its back against the wall with few options.

One of the challenges in these situations is how quickly constituents move from the question being asked (Should we explore alternate structures and forms of ownership?) to determining how to distribute the proceeds of the sale.

It could be that as a result of exploring alternate structures and forms of ownership, the determination is made not do anything at this point. There will be those people who will already have spent the proceeds of the sale, only to find out there are none. It is back to life as it is. So that is one unintended consequence, creating expectations.

The bigger unintended consequence of this process is the effect on the NHRMC employees.
NHRMC consists of buildings, equipment, processes and procedures, but its most valuable asset is its people. I worked for several organizations over my career that bought and sold other organizations and were bought and sold themselves.

There is a predictable response that is triggered the minute a significant organizational change is announced: uncertainty.

They try to be transparent. They say as much as they know, and many times that is not much. They say they will provide additional information as soon as it becomes available, yet working through these changes takes time.

Time is the enemy of uncertainty.

Employees don’t like ambiguity and not having answers. The rumor mill kicks into high gear. When employees don’t get official answers from their organization, then they make up their own. This is not malicious, but rather an attempt to reduce or eliminate the uncertainty.

The next thing that happens is that employees start getting calls about opportunities with other organizations.

In the past, these employees would not have taken these calls. Now they do.

Another thing that happens is those really good people that NHRMC was in the process of recruiting from other places, they are not so sure that want to take that risk and join an organization that is in the midst of a transition. Many of those people look harder at other opportunities or decide to stay where they are.

A potential talent exodus is an unintended consequence of this noble attempt to get the right structure/ownership. It is never the marginal or average employees that move on; they will probably stay forever. Organizations lose the best and brightest during times of uncertainty. They also miss the opportunity to recruit the best and brightest from other places due to the uncertainty.

This is not an unsolvable problem. It is a very difficult problem. Whether NHRMC stays in its present form or evolves into something else, the bell has been rung on the talent issue.