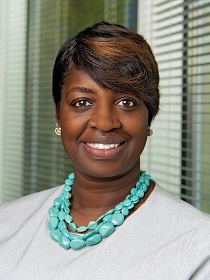 Wanda Coley
UnitedHealthcare has hired Wanda Coley, former president and COO of Well Care Health, in a new executive role to expand the health insurer's presence in the Carolinas, including in Southeastern North Carolina.

It's a new role for UnitedHealthcare's reach in North and South Carolina, Coley said in an interview Thursday. She will remain based in the Wilmington area.

"We have quite a bit of growth going on in these two [Carolina] markets," Coley said.

In her new role, Coley will work on new initiatives, which were not disclosed, for the insurer in those markets.

"There are quite a few initiatives that the organization is working on that I will be responsible for leading," she said.

Her role is responsible for the management of clinical programs and business development opportunities impacting the Medicare Advantage population in North and South Carolina, Coley said.

"I'll be working across the Carolinas. I'll be engaged in leading the strategy and execution of those clinical programs, including quality improvement and also partnership opportunities. So business development will be a part of my role, which was also part of my role at Well Care," Coley said.

"So a lot of what I was responsible for at Well Care with community outreach and business development will also be aligned with this role," she said. "I'll have focus on bundle payment models, post-acute care, innovations in health care ... accountable care organizations, to build our relationships there."

The role is different from her previous role with Well Care in that her focus is not only on home health care but across the care continuum, Coley said.

"This opportunity will allow me to build upon my health care in the home expertise. I look forward to extending in my knowledge across the healthcare continuum," she said. "While at Well Care I worked with a lot of amazing people and I've built long-lasting relationships. I'm certainly thrilled to start this new journey with United Healthcare and proud to join a fantastic leadership team," Coley said.

Coley was a longtime employee with Well Care Health, serving nearly 19 years with the company, and in October 2017, took on the role of president and COO of Well Care Health soon after CEO Wayne Long died.

Coley said she left Well Care Health on "great terms" and decided to make the change for her personal growth.

“It was just really a great opportunity to expand my horizons and take a leap, climb and build my career,” Coley said. “It was probably one of the hardest decisions that I have made, but it was the right decision.” 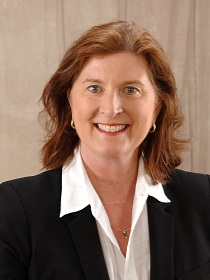 "Susan is a dynamic leader, and we are fortunate to have an individual with her expertise on our team," Well Care Health CEO Zac Long said in the release. "She has positively impacted our organization in numerous ways, and she has built strong relationships and trust across our teams."

Jackson served Well Care Health as chief people officer since June 2018, officials said. She will continue in that role while serving as its interim COO. Jackson has nearly 30 years of leadership experience.