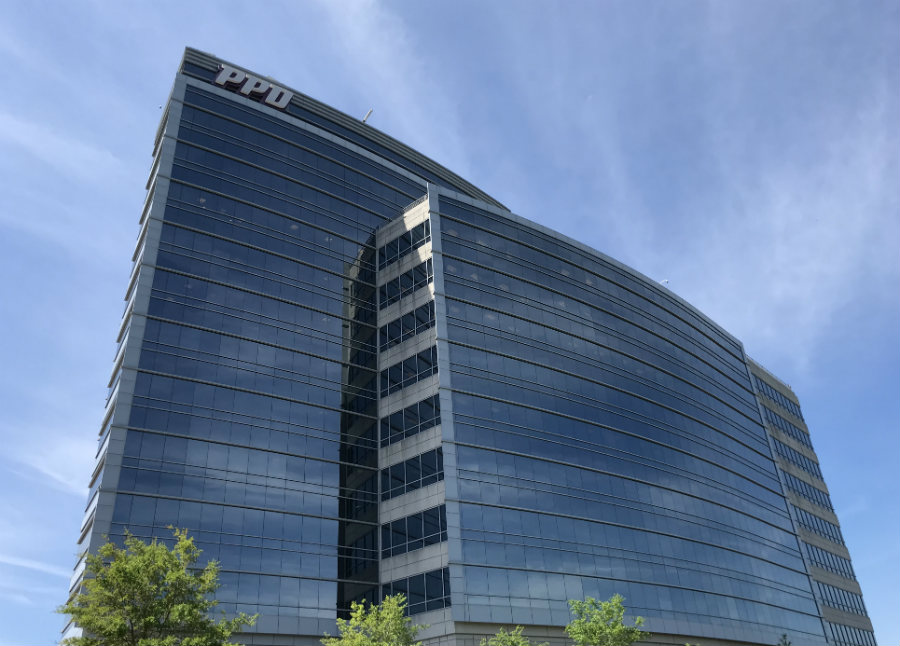 PPD recently announced the addition of a new laboratory slated to be fully operational in China in 2021. (File photo)
Wilmington-based PPD Inc. (Nasdaq: PPD) is opening a new clinical research laboratory in Suzhou, China, anticipating adding 350 positions to its global workforce as a result of the expansion in the Asia-Pacific region.

The firm expects the new facility, located in China's Suzhou New District, Jiangsu Province, to be fully operational in 2021. The site will offer bioanalytical, biomarker and vaccine services to support trials across all phases of pharmaceutical development, officials said in the release.

"Recent changes in China’s regulatory and business environment have created opportunities to expand our laboratory offering in China to support pharma and biotech companies developing innovative drugs for the global and China market," Christopher Fikry, executive vice president of PPD Laboratories, said in an email.

Adding the new location builds on PPD's central labs in Shanghai and Singapore, expanding the scope of the company's global laboratory footprint to help its customers advance drug development, particularly at a time when the firm is focusing on supporting trials aimed at developing vaccines and treatments for COVID-19, Fikry said in the release.

PPD this year has been making headway, along with other firms across the world, in COVID-19 supported trials, research and treatment and vaccine development to find solutions to help curb the pandemic.

"Integrating three sophisticated laboratories in one strategic location will make our new China facility a premier destination for biopharma customers seeking high-caliber lab services to accelerate clinical research within China and on the global stage,” Fikry said in the release.

The new lab in Suzhou adds to many milestones for PPD's growth this year, including launching its initial public offering on Nasdaq in February. The firm also made a secondary public offering in September.

PPD recently announced its third-quarter earnings call, in which leaders will discuss its financial results, slated for Oct. 28.

The 350 anticipated new hires to come with the new Suzhou lab builds on a growing workforce for the firm, which has more than 25,000 employees worldwide.

PPD announced in January that it was expanding its operations, including enlarging its clinical development offices in Beijing and Shanghai and opening new offices in Guangzhou and Shenyang. It also said at the time the firm's operations in China were being led by a new leadership team in China.

PPD has 98 locations around the globe that serve as offices, clinics and labs, officials said.