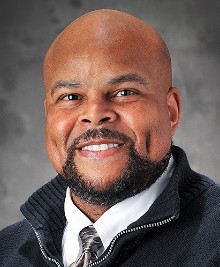 The city of Wilmington hired Joe Conway as its first chief equity and inclusion officer, according to an announcement Tuesday.

Conway comes to the city from Novant Health/New Hanover Regional Medical Center, where he has worked since 2007 and was named director of health equity and human experience in 2017, a city news release stated.

"This new position marks the city’s continued commitment to its Rise Together initiative, in which the City Council unanimously resolved to ensure that Wilmington is a community where every resident is valued and shares the same opportunities for prosperity and quality of life," the release stated.

City Manager Tony Caudle said in the release that the city "is committed to delivering high-quality essential services to all our residents regardless of circumstance and being responsive to our community’s diverse needs. This position will play a vital role in driving continued improvement across all aspects of our work."

According to the release, Conway views his work on health equity as valuable preparation for his new role at the city.

“For the past four years, my work has focused on reducing social and economic barriers to healthcare in our community," he said. "I look forward to joining an exceptional team of professionals at the city of Wilmington and sharing in its commitment to address similar barriers to service so that all residents can fully benefit from efforts to improve quality of life.”