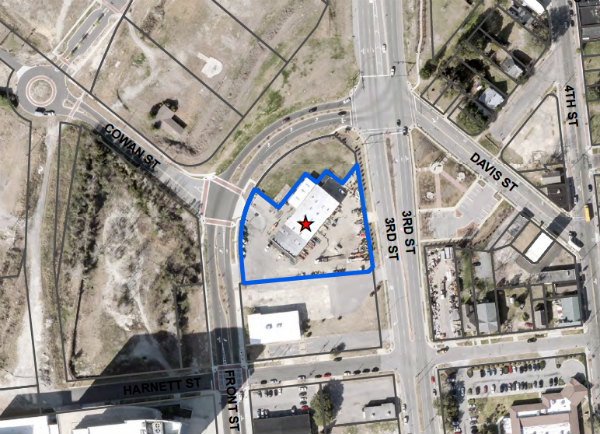 In separate measures this week, Wilmington officials voted to lease office space and buy a 1.29-acre property in downtown Wilmington.

The Wilmington City Council voted unanimously Tuesday night to lease the 9,665-square-foot fifth floor of the Harrelson Building, 115 N. Third St., for a starting rate of $23 a square foot from landlord Harrelson Building LLC, a move expected to give city council members and the public more space to conduct city business.

Formerly home to BB&T, the building's tenants currently include a new branch of CresCom Bank.

"One of the critical factors for the recommendation of this space is the large conference room location on this floor. The Lord Spencer Conference Room [at Wilmington City Hall], which at one time housed the City Council Meetings, has become inadequate and is no longer capable of meeting the needs and demands of the City Council Agenda Briefings," wrote City Manager Sterling Cheatham in agenda documents for Tuesday's meeting related to the potential lease.

The council briefings are usually held the Monday morning before Tuesday night council meetings, although because of the holiday, the briefing session for tonight's meeting was held Tuesday morning.

Referring to agenda briefings, the manager wrote, "A majority of the time, [participants] have to stand in the hallway to listen to the meeting or wait their turn to participate in a particular item on the agenda."

Additionally, city council members are in need of office and work space, Cheatham wrote. The city officials "receive a tremendous amount of information that they have to either keep at home or in their cars. Having a dedicated work space for City Council would allow information to be readily available when needed instead of scattered in multiple places. This would also provide a space for them to meet with citizens and groups more efficiently."

Also approved unanimously was the purchase of the former RSC Equipment Rental property at 1020 N. Front St. for a price of nearly $2 million from East Coast Development II LLC, which bought it for $1.3 million in 2006. RSC Equipment Rental closed the North Front Street location in 2012 after merging with United Rentals.

"This acquisition has been contemplated for some time. The acquisition of this property places the City in the enviable position of being able to influence the appearance of this all-important northern gateway to the downtown. If approved by City Council, the City will own two of the six parcel tract that lies within the boundaries of 3rd Street, 2nd Street, Front Street and Brunswick Street. Ownership of these parcels will allow the City to work collaboratively with neighboring property in such a way as to insure that development in this area fits the community vision," Cheatham wrote.