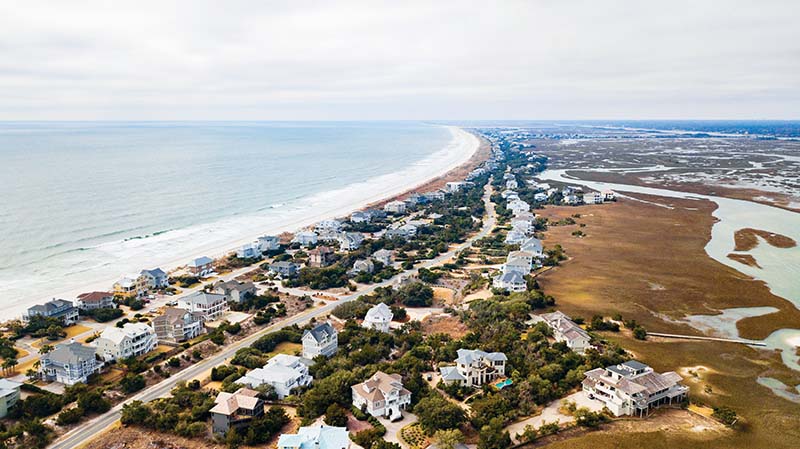 Figure Eight Island, shown here from above, is home to the most expensive real estate in North Carolina. (Photos by Kevin Kleitches)
It shares a ZIP code with apartment complexes, storage centers, a skate park, a Walmart Supercenter and thousands of Wilmingtonians who hang up their board shorts and bikinis in and around Ogden and Porters Neck.

Yet hardly a directional sign shows drivers the way to Figure Eight Island.

“I used to run an ad that said, ‘Discover Figure Eight Island, the bestkept secret in the South,’” said longtime Figure Eight Island resident and real estate agent Buzzy Northen. “I had to take it away because nobody wanted me to tell anybody that.”

The private island, located just north of Wrightsville Beach across Mason’s Inlet, is home to the most expensive real estate in North Carolina. Nearly all of the island’s 498 properties are valued at more than $2 million, and some exceed the $5 million barrier. And the law of supply and demand shows that values on the island will continue to rise. 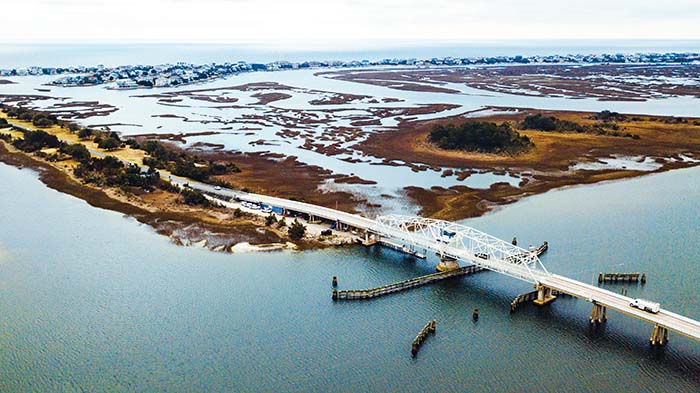 “Our problem right now is we have a lot of demand, and we have very low inventory,” said Jo El Skipper of Figure Eight Realty. “But it was a roller coaster ride of a year, and I guess a lot of people who had been thinking about Figure Eight decided to jump in and finally pull the trigger and buy a beach house.”

In October 2020, the sale of 142 Beach Road South on Figure Eight was the highest ever recorded by the N.C. Regional Multiple Listing Services (MLS). The 5,800-square-foot, sevenbed, seven-bath home that features ocean views from nearly every room carried a price tag of $5.5 million.

“2020 was the biggest year ever on Figure Eight,” said Northen, who was the listing agent for the 142 Beach Road South sale. “The pandemic led the way. People were looking for a safe waterfront community that they knew was a good investment.”


The mere idea of a private beach community is a unique one for North Carolina, where most of the state’s coastline is freely accessible to the public. But it is that privacy that is the main draw for Figure Eight Island’s residents and property owners. 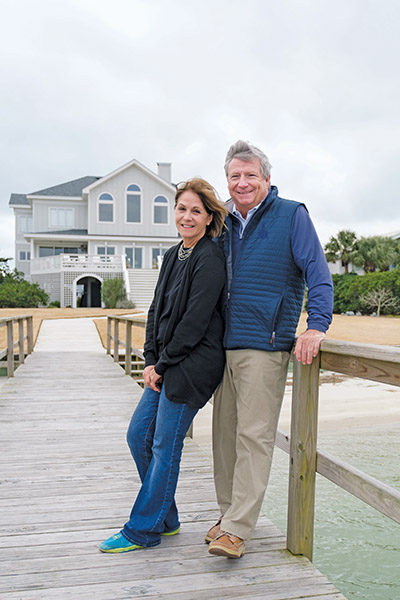 That privacy – virtual isolation – made Figure Eight a near-perfect location for families, who could afford it, forced to move to remote work and remote learning during the quarantines and social distancing of 2020.

“Who would have known that COVID would have spiked real estate sales?” said Skipper. “When this all started, I remember lying in bed and thinking, ‘What’s going to happen? Are we going to have any business?’ And, lo and behold, a private island ended up having a lot of appeal to a lot of people during a pandemic. We moved a lot of real estate.”

For Northen, who has called the island home since the late 1980s and served as the president of the island’s yacht club from 2004-07, the increased interest in Figure Eight Island is much deserved.

“I think we are way undervalued today versus the Kiawahs, the Sea Islands and the Hilton Heads,” Northen said. “I think we are the value proposition of all of those.”


When considering exclusive communities and clubs, it is conceivable that homeowners’ or members’ dues can cover the costs of maintaining common areas and amenities like swimming pools, tennis courts and even community roadways. 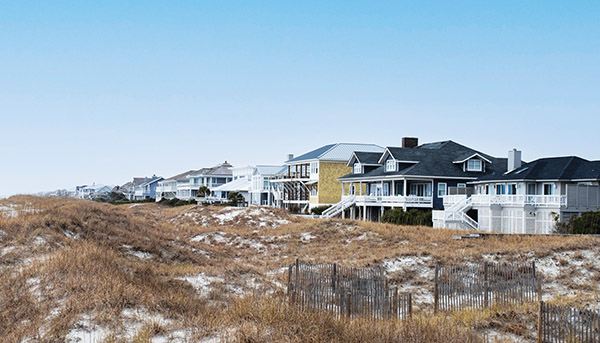 “Everybody maintains, everybody chips in to maintain the waterfronts, the oceanfront,” said Northen. “God does most of it.”

Wilmington-area beach towns have in the past received help from federal, state and county funds to help cover the cost of beach nourishment projects. The 2018 nourishments of Wrightsville Beach and Ocean Isle Beach carried a price tag of $13.2 million.

“We’re currently finishing a two-year beach-nourishment project,” Northen said. “It will probably be finished by the first of April. We’re putting sand on the south end of the island.

“We have never accepted any federal money. We pay for everything.”


A vision, interrupted, then realized.


While the island’s history, like most North Carolina coastal communities, documents Civil War shipwrecks and small skirmishes, the island’s most interesting history may be its long path toward development.

After its purchase at auction by the Foy family in 1795, Figure Eight Island, then known as The Banks or Woods Beach, remained part of the Foy family’s Poplar Grove Plantation well into the 1900s. 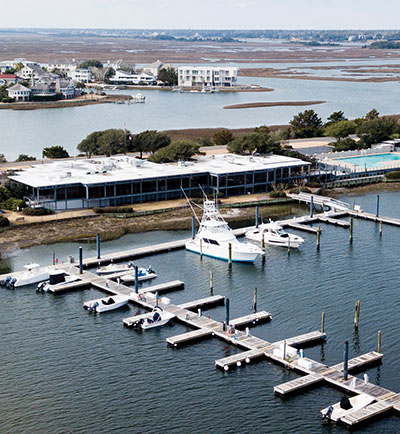 Then, following the devastation to coastal development wrought by Hurricane Hazel in 1954, then-Wilmington Mayor Dan Cameron and his brother Bruce saw an opportunity. The brothers purchased the island and two adjoining parcels of marshland from the Foys and George Hutaff for a total of $100,000.

And then … nothing. For 10 years the island sat, awaiting further instruction.

Eventually, in the mid-1960s, the Cameron brothers and their cousin Raiford Trask formed Island Development Co. The tract was renamed Figure Eight Island due to the marshlands’ winding waterways, and the first home was completed in 1966.

A couple of transactions followed, and, by the early 1980s, the homeowners’ association owned the island.


Through the past 40 years, the vast majority of homesites have been built out, and many original homes have been replaced or undergone major renovations to meet modernday standards for owners’ beach retreats. 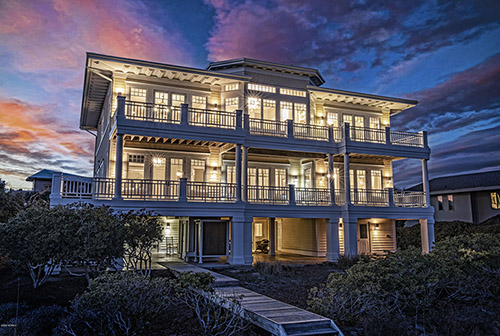 “People that own property on the island, they say when they drive over that bridge, they say it’s a whole sense of peace,” Skipper said. “It’s the feeling that you’re a world away, but with the accessibility to all of the things that you want if you decide you don’t want to be a world away, so it’s the best of both worlds.

“Fourth of July, when the island is at its capacity and everyone is there with family and friends, and you go out to the beach, you can literally go out to the beach and find your own space to sit and the next person might be 25, 30, 50 or 100 yards from you. That is really hard to find these days. The fact that it is so limited is what’s made it the special place that it is.”

“It’s a very unique 5-mile stretch,” Northen said. “We are one of very few designated areas that has a pristine water designation. And we think we have the finest walking beach anywhere. It’s very tidal. We have an average 4-foot tide. Shells everywhere.”