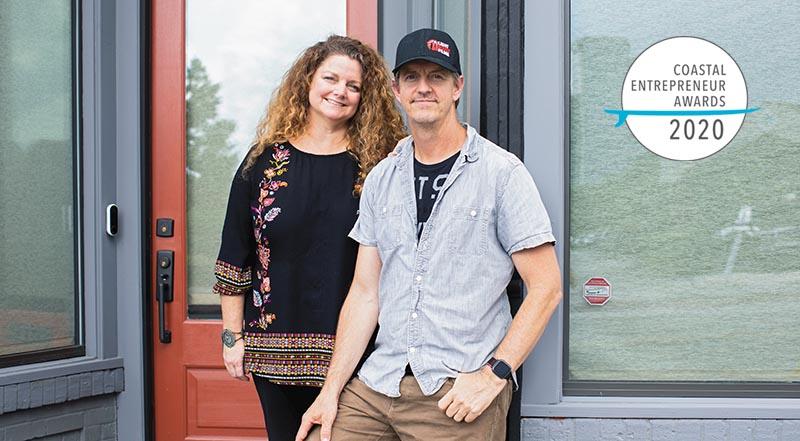 The film production company, headquartered in downtown Wilmington, is owned by Brad Walker, a director and cinematographer, and Andrea Walker, who has a background in education.

These days, their camp work is only 15% of their business, which includes films, commercials and stock footage.

Andrea Walker had worked as a counselor at a summer camp in Maine while she was in college, and as a result of that connection, the Walkers ended up creating a promotional video in 1997 that told the camp’s story.

That led to producing a video for another camp and then another, Brad Walker said.

“And so, pretty soon, we were booked three years in advance,” he said.

The couple moved to Wilmington in 2001 and has grown Lighthouse Films to 10 employees. They’ve worked on commercials for J.P. Morgan, among other clients, found success selling stock footage online through Getty Images and also rented equipment out to other productions.

“For a long time, we didn’t really have a presence in Wilmington. A lot of our clients were not in the city,” Brad Walker said. “And so now, a lot of our clients are in this city, and we felt like it would serve the community better to be downtown.”

Another step in the company’s journey included purchasing an ARRI ALEXA digital camera in 2011, when the camera was limited in availability to rental houses. Renting the new camera out, along with the equipment rental business they had already built, boosted their firm’s profits.

“It was the first digital camera that basically kind of took over film,” Brad Walker said, “and so it was very expensive.”

That expense ended up paying off.

“It literally put us on the map as a rental house in Wilmington,” Brad Walker said.

Another strategic move was building a relationship with Getty Images, a stock footage and photo site. In 1998, the Walkers started producing content for Corbis Images, whose images eventually went to Getty to manage, and they signed with Getty in 2016.

“It’s really hard to create your own commercial production right now. Crew sizes need to be 10 or less, people are still social distancing, different states have different rules,” Andrea Walker said. “So people are producing their commercials by going onto places like Getty Images and finding stock footage.

“We actually think this is a trend that’s going to stay around for a while,” she said. Because they see that it’s budget-friendly and easy.”

The Walkers said their employees are also focusing on the company’s Getty Images work and developing new skills, efforts that the Walkers support.

“Lighthouse’s success is absolutely not because of myself or Andrea,” Brad Walker said. “It’s because of the team that we built.”